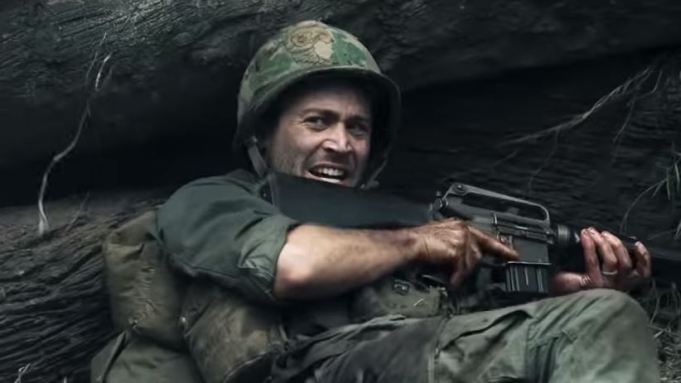 Todd Robinson wrote and directed the film, which will release stateside via Roadside Attractions on January 24, 2020.

The movie, which began post-production in July 2017, is based on the true story of Vietnam War veteran William H. Pitsenbarger (Irvine), a U.S. Air Force medic who saved more than sixty men. During a rescue mission on April 11, 1966, he was offered the chance to escape on the last helicopter out of a combat zone heavily under fire, but stayed behind to defend the lives of his fellow soldiers.

Thirty-two years later, respected Pentagon staffer Scott Huffman (Stan) is tasked with investigating a Congressional Medal of Honor request for Pitsenbarger made by his best friend and PJ partner on the mission (Hurt) and his parents (Plummer and Diane Ladd). As Huffman learns more about Pitsenbarger’s courageous acts, he uncovers a high-level conspiracy behind the decades-long denial of the medal, prompting him to put his own career on the line to seek justice for the fallen airman.