Continue to Deadline SKIP AD
You will be redirected back to your article in seconds
Skip to main content
July 14, 2021 10:37am 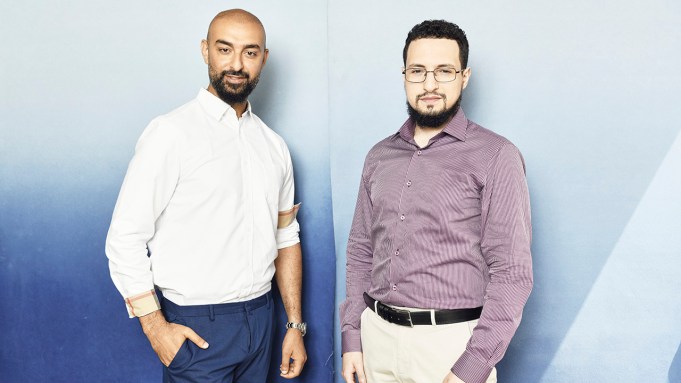 The story of Arabian holy legend Lady Fatima has come to Cannes with the film The Lady of Heaven. It tells the tale of her message of peace and non-violence through two separate timelines hundreds of years apart, beginning in modern day Iraq.

Producers Abdul-Malik Shlibak and Hussein Ashmere stopped by Deadline’s Cannes studio to discuss the film, written by Sheikh Al-Habib whom Shlibak describes as, “a brilliant mind, an intellectual, an academic, a scholar, a historian.”

Many years in the making, the producers said they had a tough call finding the right director, eventually settling on Eli King. “We met loads of directors,” Ashmere said. “The majority of the British ones I would say, many of them were very interested, but felt the subject may have been too complex, but we were very lucky at the end.”

In accordance with the Muslim faith, the filmmakers took great pains to not show a holy person represented by a human, so no actor could actually play the role of Lady Fatima. Instead, the team carefully created a mixture of CGI, lighting and other effects to create the impression of a holy person.

“This was a very challenging thing actually, something we were very aware of from the beginning, how to solve this issue, because these holy characters are very holy for close to two billion people, Muslims across the world,” Shlibak said.

He pointed out that previous attempts to manage this issue in cinema have included allowing a blank space to represent the holy person, or to shoot them from the back. “None of them have really been suitable for cinema. They all come out a bit cheesy, a bit off, so we didn’t want to do that, we wanted to do something that would do justice to cinema.”

Ashmere said he hoped one of the takeaways for audiences would be education. “It’s not only an emotional film, where it’s obviously full of action and so forth, but it’s also going to be a film that’s informative, it’s going to bring about education to some people. It’s all factually correct, so this is one thing I want to reiterate… We spent meticulous time on this particular subject. We wanted to make sure we wrapped this up very well.”