Continue to Deadline SKIP AD
You will be redirected back to your article in seconds
Skip to main content
July 12, 2021 8:00am 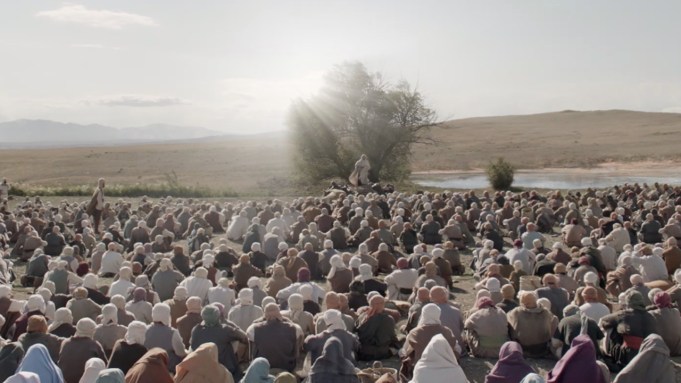 The Lady Of Heaven producers Malik Shlibak and Hussein Ashmere are in Cannes this week with their film, the Enlightened Kingdom-produced $15M historical drama chronicling two interviewing storylines set centuries apart: A young Iraqi child’s journey amidst a battle-scarred country to learn the power of patience, and the historical tale of Lady Fatima.

Sitting down with Deadline editor Mike Fleming, the pair discussed why they wanted to tell the tale of the lady.

“We felt it was a huge shame that the world is not familiar with Lady Fatima’s story,” explained Shlibak, “She is one of the most influential historical Arabian characters. Her story is fascinating and rich, we believe the lady herself is a figure that, no matter which religious or non-religious background you’re from, you can resonate with and learn a great deal from.”

Ashmere added that they wanted to make sure the film had resonance in 2021, and to set the record straight on how Islam is sometimes perceived. “We wanted to relate it to modern day, what we’re living with. Many parts of the world are living with attacks, violence, some may call it Islam but it’s a misconception of Islam. We’re trying to reach out to the world and show them this isn’t Islam.”

“It’s quite an unknown fact that for the good part of 1,400 years, Muslims and Christians lived very peacefully across the whole MENA region,” he added.

Despite the challenges of telling a partially period piece, the filmmakers say they were determined to be accurate as possible. “We were trying to make it entirely historically accurate. I can confidently say this is the most accurate historical feature film that has ever been produced,” said Shlibak.

Ashmere said he hopes more films from the region and of similar themes can be made in the future. “We haven’t had the story of the Lady [told before] – these sorties must be told, we’ve had films from all sorts of faiths. Nobody understands why there haven’t been any such projects since The Message [the 1976 film starring Anthony Quinn], there’s no shortage of money. We saw an opportunity and jumped on it.”