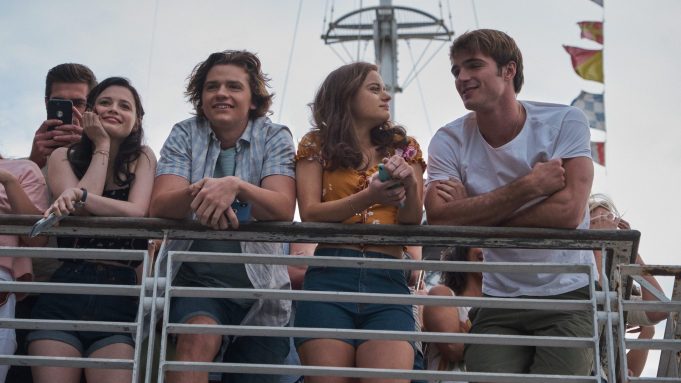 Netflix on Tuesday took the wraps off the official trailer for The Kissing Booth 3, the latest and final installment of the hit young-adult romantic comedy series that stars Joey King. The film will hit the streamer August 11.

As Deadline scooped last year around this time, franchise writer-director Vince Marcello shot the threequel alongside the second film, which premiered last July. The first pic in the series was the most re-watched Netflix film of 2018.

Kissing Booth 3 continues the coming-of-age of King’s Elle. It’s the summer before she heads to college, and she’s facing the hardest decision of her life (albeit from her family’s posh beach house): whether to go to Harvard and move across the country with her boyfriend Noah (Jacob Elordi), or fulfill her lifelong promise to go to college (at UC Berkeley) with her best friend Lee (Joel Courtney).

Marcello & Jay Arnold penned the script, which is based on the final book in Beth Reekles’ trilogy (the first book was published on Wattpad in 2010 when she was 15). Taylor Zakhar Perez, Maisie Richardson-Sellers, Meganne Young and Molly Ringwald also return to the case..

Marcello produces through his Picture Loom banner along with Michele Weisler, Ed Glauser and Andrew Cole-Bulgin. King and Adam Friedlander are executive producers.