Continue to Deadline SKIP AD
You will be redirected back to your article in seconds
Skip to main content
September 29, 2019 6:54pm
2Comments 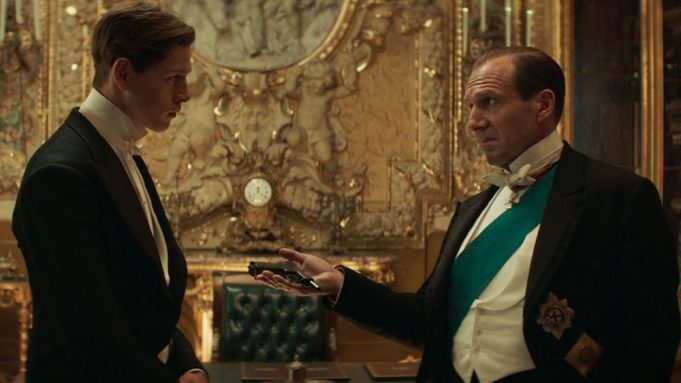 We were just given a taste of what to expect in the first teaser for the forthcoming The King’s Man. Now 20th Century Fox has given us a full trailer for Matthew Vaughn’s prequel to The Kingsman and it is quite stylish, refined and very kick-ass.

Based on the comic book “The Secret Service” by Mark Millar and Dave Gibbons, The King’s Man features Ralph Fiennes mentoring Harris Dickinson as he gets inducted into the very first independent intelligence agency. The origin story of the organization which we have seen in Kingsman: The Secret Service and Kingsman: The Golden Circle follows The King’s Man as they race against time to stop a collection of history’s worst tyrants and criminal masterminds gather to plot a war to wipe out millions.

The King’s Man also stars Matthew Goode, Tom Hollander, Daniel Brühl and Charles Dance. Vaughn serves as a producer alongside David Reid and Adam Bohling. Watch the trailer above and check out the new poster below.