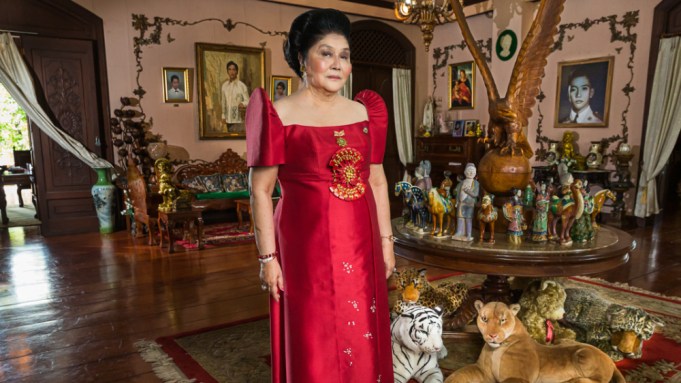 EXCLUSIVE: Showtime documentary The Kingmaker, the only doc to screen at Venice, TIFF and Telluride, will get a U.S. theatrical run via Greenwich Entertainment, which last year released Oscar-winning doc Free Solo.

Emmy-winning writer-director Lauren Greenfield’s (The Queen of Versailles) latest movie will open in theaters in New York and Los Angeles on Friday, November 8. Pic will open at The Quad in New York City and Laemmle’s Royal Theater in LA. Check out the first trailer for the movie above.

Centered on the indomitable character of Imelda Marcos, The Kingmaker examines the Marcos family’s improbable return to power in the Philippines. The film explores the disturbing legacy of the Marcos regime and chronicles Imelda’s present-day push to help her son, Bongbong, win the vice-presidency. To this end, the controversial character confidently rewrites her family’s history of corruption, replacing it with a narrative of a matriarch’s extravagant love for her country.