Continue to Deadline SKIP AD
You will be redirected back to your article in seconds
Skip to main content
June 22, 2018 2:20pm
8Comments 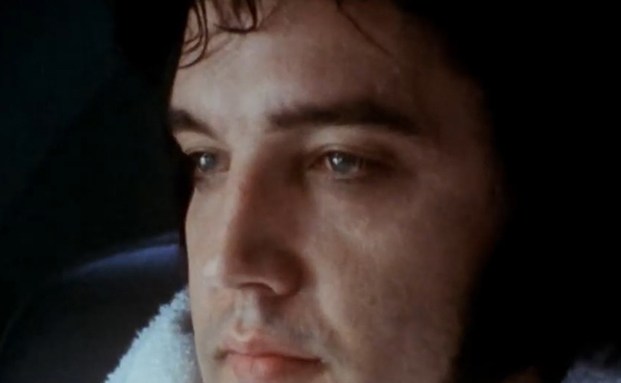 If you think Eugene Jarecki’s fascinating and provocative new documentary, The King, is just another biopic on Elvis Presley, you should think again. Jarecki also appears as a casual guide in the film, which has much more on its mind as it uses the superstar’s life as a starting point to examine America in the age of Donald Trump – where it has been and where it is now.

As I say in my video review above, it is an audacious idea, and Jarecki does a good job intersecting the world Elvis left behind when he died at age 42, a bloated shell of what he once was, with the America of today. His connective tissue is a 1963 Rolls-Royce once owned by Elvis, in which Jarecki conducts interviews with an eclectic array of subjects, as well as some terrific musical sequences with young people inspired now by the same kind of music that once inspired The King himself.

Jarecki (Why We Fight, House I Live In) premiered the film over a year ago as a special screening at the 2017 Cannes Film Festival, but it has been shaved of several minutes and considerably tightened since I first saw it there. Watching the movie again, it worked much better the second time and Jarecki’s goal is much clearer. This is a road picture, to be sure, as he drives that Rolls through many of the places Elvis once walked — from his Tupelo birthplace to Memphis, to L.A., NYC, Vegas, etc., interspersing interviews with locals who talk about their lives now in places Presley once lived.

There are also interviews with the likes of Alec Baldwin, Dan Rather, James Carville, Ashton Kutcher, Mike Myers, Emmylou Harris, Chuck D, Rosanne Cash and others. Ethan Hawke is particularly articulate in discussing the clear change that came over Elvis once he entered the Army in 1958. Gone was the edgy rock ‘n’ roller who transformed culture and the music business in the ’50s and in came the blander, less ambitious movie star — and later the bejeweled Vegas staple. Van Jones also is interesting in complaining how Elvis stole his music from black musicians who never reaped the rewards with it that he did, and then argues that Elvis never gave back to the black community in any way. The Wire producer David Simon is effective in talking about how culture can be repossessed. One of The King’s ex-girlfriends, Linda Thompson is very good in balancing the private Elvis with the public image we came to know.

The metaphor is there. This is a country, once vibrant and a symbol for the world, now bloated and on the downward path.

I particularly loved the musical interludes with child prodigy Emi Sunshine, who has an effortless way of blending bluegrass and country as she sings in the back seat of the Rolls. There is also a great scene with some young black teens from the Stax Music Academy who do a pristine rendition of Aretha Franklin’s “Chain of Fools,” a song Elvis apparently loved but never recorded.

There is much food for thought in The King, and Jarecki has chosen his participants well. The section detailing his Hollywood acting career is particularly interesting as it shows he basically sold out to be a star in movies, no matter how bland most of these by-the-numbers musicals were (save for Jailhouse Rock, King Creole and Viva Las Vegas). Much of the blame for his slow downward trajectory is put on his manager, Col. Tom Parker, who bought into him when Elvis was a prize stallion and turned him out to pasture – creatively speaking.

Again, this isn’t a straight biopic but something far more intriguing: an attempt to take the temperature of our times through the prism of a dead pop icon, someone who represented such promise, only to sell out. It’s no accident the original title of the film was Promised Land, and perhaps Jarecki should have stuck with that. Producers are Christopher Frierson, Georgina Hill, Jarecki, David Kuhn and Christopher St. John — who also co-wrote the movie. Oscilloscope opens the film today in NYC, followed by a rollout to other cities beginning with Los Angeles next Friday.

Do you plan to see The King? Let us know what you think.