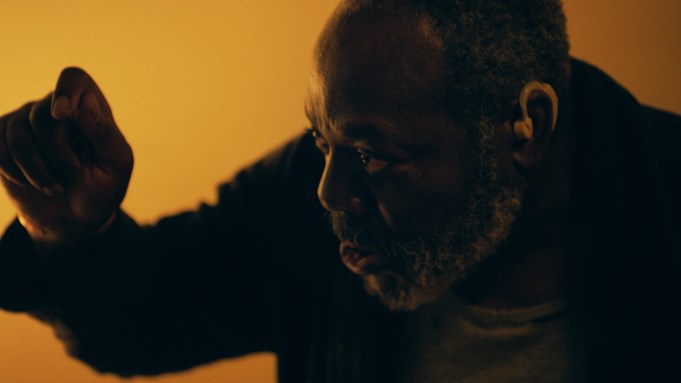 EXCLUSIVE: Gravitas Ventures and Revelations Entertainment have dropped the first trailer for their socially conscious drama thriller, The Killing of Kenneth Chamberlain, which debuts in theaters and on demand on Sept. 17.

Revelations Entertainment boarded the movie as EPs a year ago, and Gravitas took North American rights back in June as Deadline first reported.

For those outraged and perplexed by these police killings of innocent African Americans, The Killing of Kenneth Chamberlain follows a detailed account on how these situations with the cops turn for the worst. The movie is a haunting recount of the excessive and brutal force too often executed by the police in their response to emergency calls and non-threatening situations, and follows the 2011 fatal shooting of a 68-year-old African American vet by police in White Plains, NY. Chamberlain, Sr., who was bi-polar, had his medical alert device mistakenly activated. Despite Chamberlain, Sr. informing the officers who arrived at his apartment that there was a mistake, and that he didn’t have an emergency, they were recorded taunting him, ridiculing his military service and howling racial epithets at him. Eventually, the officers broke his door down and shot him to death.

Frankie Faison plays Chamberlain, Sr. in the pic, which won the jury and audience awards at the 2019 Austin Film Festival where it debuted. David Midell wrote and directed the movie.