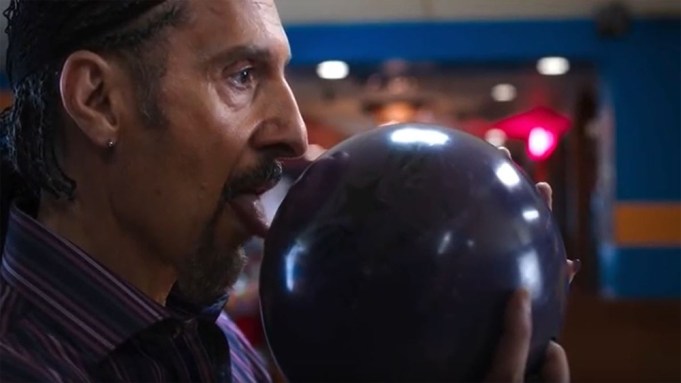 What would The Jesus do? John Turturro’s creepy-fun Jesus Quintana didn’t have much screen time in The Big Lebowski — the Coen brothers will do that to us. But he delivered and was the recipient of some memorable lines, most of which aren’t exactly seemly for this family publication. Now The Jesus takes the wheel in a stand-alone film; check out the first teaser above and key art below.

Turturro also wrote and directed The Jesus Rolls, and this initial clip certainly recalls its progeny with the bowling motif, neon lights and lounge-y music. What it doesn’t reveal is anything remotely resembling plot.

But here’s what we know: Part Big Lebowski spinoff, part remake of Bertrand Blier’s 1974 pic Going Places (this film’s original name) — The Jesus Rolls follows a trio of misfits whose irreverent, sexually charged dynamic evolves into a surprising love story as their spontaneous and flippant attitude toward the past or future backfires time and again, even as they inadvertently perform good deeds. When they make enemies with a gun-toting hairdresser, their journey becomes one of constant escape from the law, from society and from the hairdresser — all while the bonds of their outsider family strengthen.

Bobby Cannavale and Audrey Tautou co-star in the pic, which also features Oscar winners Christopher Walken and Susan Sarandon, along with Jon Hamm and SNL‘s Pete Davidson. Screen Media will release the film but hasn’t set a date.