Continue to Deadline SKIP AD
You will be redirected back to your article in seconds
Skip to main content
November 28, 2019 3:37pm
3Comments 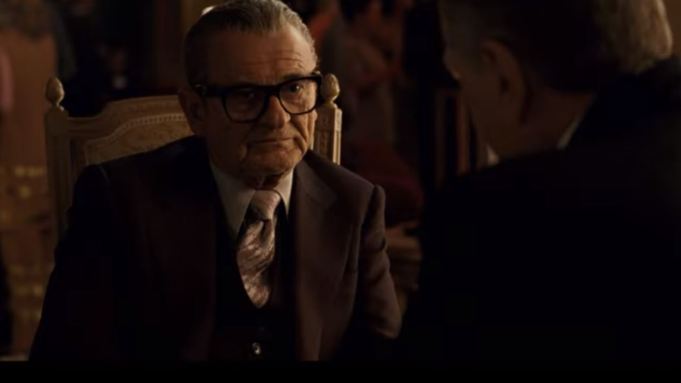 EXCLUSIVE: “Things have gotten out of hand with our friend again — there’s some people having serious problems with him,” gangster Russell Bufalino tells Frank Sheeran in The Irishman. “You’re going to have to talk to him and tell him it’s what it is.”

In a new featurette that spotlights Joe Pesci in Irishman (watch it above), filmmaker Martin Scorsese says, “When we started out, we knew the only actor who could play Bufalino would be Joe.” It’s a return to the mob genre for Pesci and the first time he and Scorsese have worked together since 1995’s Casino, which followed their teamings on Goodfellas (1990) and Raging Bull. Irishman star Robert De Niro also was in all of those acclaimned films.

The film, which went live Wednesday on Netflix after a short theatrical run, also stars Robert De Niro and Al Pacino. The story about organized crime in postwar America is told through the eyes of World War II veteran Sheeran (De Niro), a hustler and hitman who worked alongside some of the most notorious figures of the 20th century. Spanning decades, the film chronicles the unsolved disappearance of legendary union boss Jimmy Hoffa (Pacino) and offers a journey through the hidden corridors of the mob’s its inner workings, rivalries and connections to mainstream politics.

‘The Irishman’ Review: Martin Scorsese Gets The Gang Together For Moving Coda To A Cinematic Life Of Crime