Continue to Deadline SKIP AD
You will be redirected back to your article in seconds
Skip to main content
November 7, 2019 8:58am 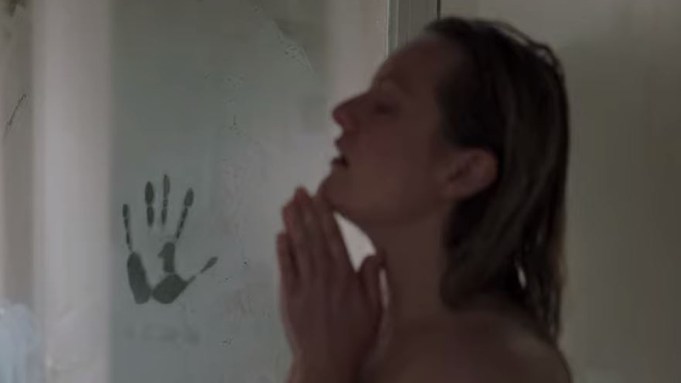 Something evil lurks in the shadows — or does it? Here’s the first trailer for The Invisible Man, Blumhouse resurrection of the classic Universal Pictures horror franchise. And it’s not your grandfather’s unseen monster.

Cecilia Kass (Elisabeth Moss) is trapped in a violent, controlling relationship with a wealthy and brilliant scientist (Oliver Jackson-Cohen). She escapes in the dead of night and disappears into hiding, but when Cecilia’s abusive ex commits suicide, he leaves her a big chunk from his vast fortune.

But there’s a catch. “You’re getting $5 million,” the lawyer says, “contingent, of course, on the fine print: You can’t be ruled to be mentally incompetent.”

Cecilia suspects his death was a hoax. As a series of eerie coincidences turns lethal, threatening the lives of those she loves, Cecilia’s sanity begins to unravel as she desperately tries to prove that she is being hunted by someone nobody can see.

“You’re getting your freedom back, OK?” her childhood friend (Aldis Hodge) assures. “Don’t let him haunt you.”

Easier said than done. “He said that wherever I went, he would find me, walk right up to me, and I wouldn’t be able to see him.”

The Invisible Man is a co-production of Goalpost Pictures Australia and Blumhouse Productions, in association with Nervous Tick. Universal opens it February 27. Until then, unpleasant dreams.