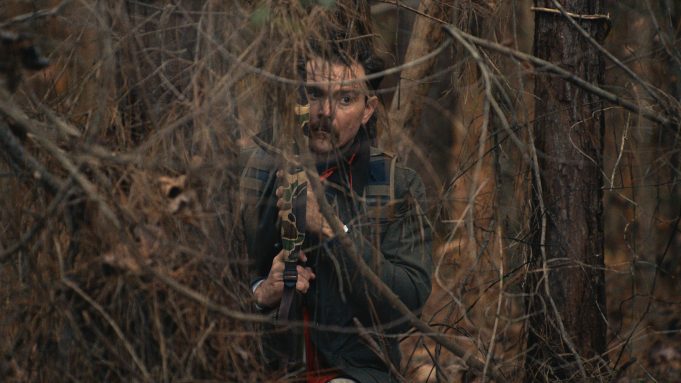 EXCLUSIVE: Deadline has a new teaser for the psychological drama The Integrity of Joseph Chambers, from writer-director Robert Machoian (The Killing of Two Lovers), which is making its world premiere at the Tribeca Film Festival today.

The film centers on Joseph Chambers (Clayne Crawford), an insurance salesman desperate to acquire the skills necessary to provide for his family in case of an apocalypse, who goes deer hunting for the first time ever, alone, when his experienced buddy is too sick to join him. Crawford produced it, with Jordana Brewster (Fast & Furious franchise), Michael Raymond-James (True Blood) and Jeffrey Dean Morgan (The Walking Dead) rounding out the cast. Bo Clancey, Kris and Sarah Towns, and Nancie and Sammy Plaia served as executive producers.

Crawford tells Deadline that The Integrity of Joseph Chambers was shot entirely in his small Alabama town over the course of 19 days in 2020, by pulling on all of the resources available to him within his community. His in-laws and cousins offered up their homes as locations, with his parents’ vehicles serving as picture cars, and the restaurant that he owns with his wife preparing all meals for cast and crew. A pilot friend flew Morgan into town on a borrowed Jet at the height of Covid, with Crawford’s youngest son Hix (who plays his son in the film) helping to build sets. “I have so many stories of this amazing communal effort that could not have been possible without everyone involved,” says the actor-producer. “Filmmaking is always a gift but the opportunity to tell stories with the people I love, my family, friends and community, that made this experience truly special. Now having a platform like The Tribeca Film Festival to share our labor of love, that is beyond incredible.”

Watch the film’s teaser by clicking above.