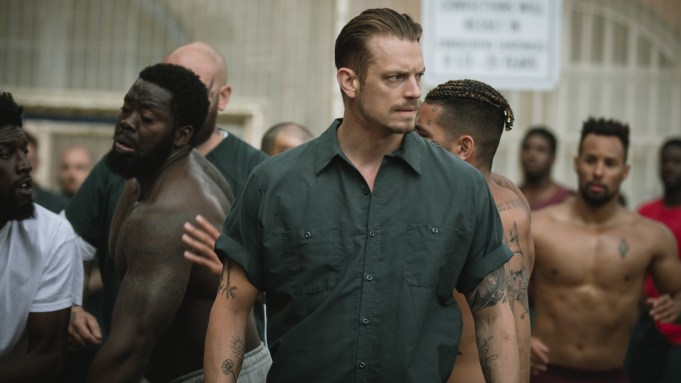 It starts with a phone call. The voice on the other end says all the guy needs to know: “It’s happening.”

Here is the first trailer for The Informant, an action thriller starring Joel Kinnaman as a Special Ops veteran charged with taking down an international cartel. Watch it above and check out the key art below.

Here’s how it plays out: Pete Koslow (Kinnaman) is a former Special Operations soldier working as an informant for the FBI to help dismantle the Polish mafia’s drug trade in New York. But when the feds’ operation goes wrong, resulting in the death of an undercover NYPD cop, Koslow is coerced into returning to Bale Hill — the prison where he served time for manslaughter — to take down the cartel from the inside.

Meanwhile, the dead cop’s partner (Common) is investigating the killing. Key line: “Why can’t have this detective find out that an FBI informer was present during the murder of one of his own.”