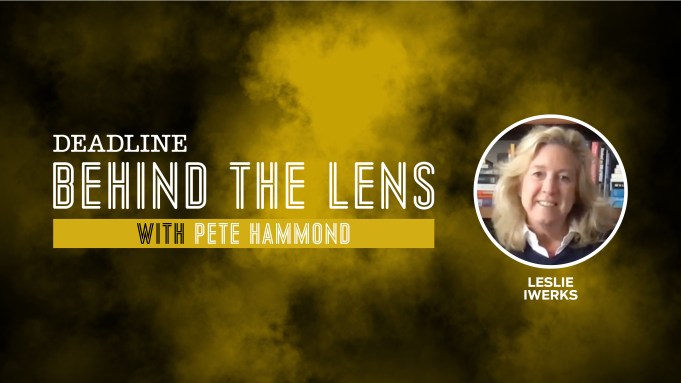 Leslie Iwerks has Disney in her DNA, so it should not be a surprise that the documentarian and Disney+ would find themselves joined at the hip for the remarkable six-hour, six-part docuseries The Imagineering Story, which chronicles the building and history of Disneyland and all that has come since in the world of Disney theme parks.

Iwerks, an Oscar- and Emmy-nominated filmmaker, is the daughter of Disney vet Don Iwerks and the granddaughter of the legendary Ub Iwerks, whose association with Disney goes all the way back to Mickey Mouse, the iconic character he created with Walt. Leslie Iwerks had previously made a film called The Hand Behind the Mouse about her grandfather, who among other things was also Oscar nominated for his work with Alfred Hitchcock and the special effects of The Birds.

In today’s episode of my Deadline video series Behind the Lens, she talks about how this massive The Imagineering Story project came about, and how Disney eventually got involved. The series explores the whole story from the beginning with Disneyland, through Walt’s death and the creation of Epcot and Walt Disney World, and he expansion around the world and finally to Shanghai, which she covered from “dirt to completion” for this series. Iwerks explains that, especially with her family history, it was important she be the one to tell this tale.

Among the tidbits in our conversation is the revelation that when Disneyland opened in the mid-’50s, critics pounced and gave it bad reviews. She also talks about the major players who have backed her films in the past including George Lucas, Steve Jobs (she did The Pixar Story) and Bob Iger among others. Most importantly she explains the key reason for doing this series (one of the first for the new Disney streaming service) is to shine a light on the innovators, artists and engineers who make up the Disneyland(s) legacy.

To watch this edition of Behind the Lens, check out the video above.