Continue to Deadline SKIP AD
You will be redirected back to your article in seconds
Skip to main content
March 2, 2021 2:56pm 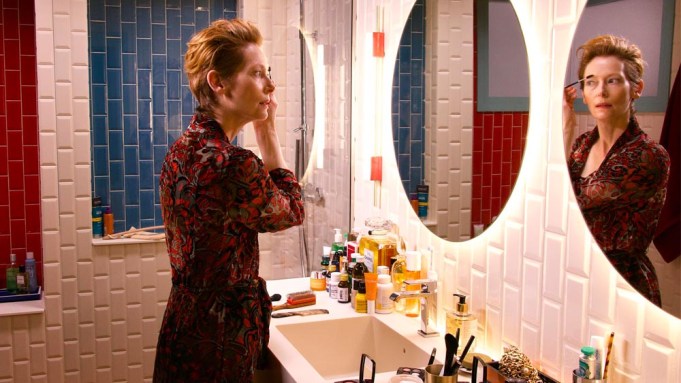 Ten days before Pedro Almodóvar’s first English-language film arrives in theaters, Sony Pictures Classics has a released a new trailer for The Human Voice. Watch it above.

Clocking in at an attention-span-friendly 30 minutes and starring Tilda Swinton, the pic screened at last year’s Venice, New York and London fests and made the Oscar shortlist for Live Active Short announced last month.

Here is the pic’s synopsis and commentary written by the Oscar-winning filmmaker himself:

A woman watches time passing next to the suitcases of her ex-lover (who is supposed to come pick them up, but never arrives) and a restless dog who doesn’t understand that his master has abandoned him. Two living beings facing abandonment. During the three days of waiting, the woman only goes out to the street once, to buy an ax and a can of gasoline.

The woman goes through all sorts of moods, from helplessness to despair and loss of control. She makes herself up, she dresses up as if going to a party, she considers throwing herself off of the balcony, until her ex-lover calls on the phone, but she’s unconscious because she’s taken a combination of thirteen pills and cannot answer the call. The dog licks her face until she wakes up. After a cold shower, revived by a coffee as black as her state of mind, the telephone rings again and this time she can answer.

The human voice is hers, we never hear the voice of her lover. At first she pretends to act normal and calm, but she is always on the verge of exploding in the face of the man’s hypocrisy and meanness. “The Human Voice” is a moral lesson about desire, even though its protagonist is on the verge of the very same abyss. Risk is an essential part of the adventure of living and loving. Pain is very present in the monologue. As I said at first, it is about the disorientation and distress of two living beings who grieve their master.

Sony Pictures Classics will open The Human Voice March 12 in theaters in New York, Miami, Chicago, San Francisco and Los Angeles, accompanied by a digitally restored version of Almodóvar’s 1988 feature Women on the Verge of a Nervous Breakdown.