‘America’s Most Wanted’ Returning To Fox With Elizabeth Vargas As Host
Read the full story
June 20, 2019 10:58am 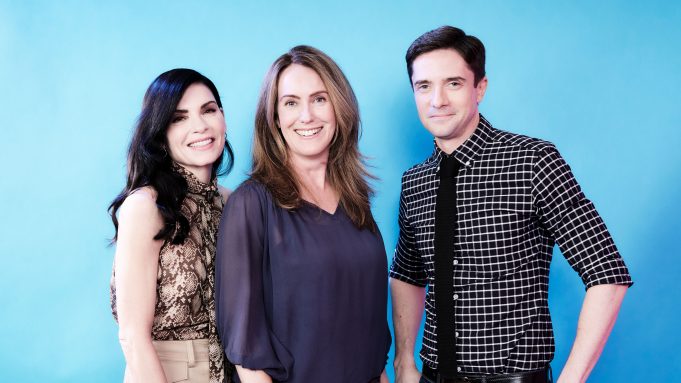 A 25-year passion project for Ridley Scott and Lynda Obst, The Hot Zone finally made its way to the small screen this year, in the form of a starry National Geographic miniseries, developed by Kelly Souders, Brian Peterson and Jeff Vintar.

Centered on Nancy Jaax (Julianna Margulies), a colonel at the United States Army Medical Research Institute of Infectious Diseases, The Hot Zone examines the origins of the Ebola virus in the late 1980s, and the process scientists went through to prevent an outbreak on U.S. soil. Topher Grace co-stars as Dr. Peter Jahrling.

Adapting the thriller from Richard Preston’s international bestseller of the same name, Souders’ aim was to preserve the essence of this “very exciting, nail-biting” book that she couldn’t put down.

The book had affected Grace in a similar way. For him, there was something compelling about stepping into this world that he’d first read about as a teenager, fully taking in its “ultimate horror movie” scenario. “It was the first thriller I read that was nonfiction,” Grace said during a discussion at Deadline’s The Contenders Emmys. “I was haunted [on set] the same way I was when I read that book the first time.”

Signing on to play Jaax, a brilliant woman with a multifaceted career, Margulies was equally riveted—so much so, that she forgot about a vow she’d made to herself after six years starring on ER. Never again, she told Deadline’s moderator Pete Hammond, would she take on a project involving complex medical jargon. But then, she found herself in a hazmat suit talking about “immunofluorescence”, realizing all too late that she’d opted back into the medical world.

Ultimately, though, the hard work proved worthwhile when the actress received a text from the real Nancy Jaax. “She just said, ‘Wow, we’re so happy.’” the three-time Emmy winner recalls. “Then she wrote, ‘P.S., how great are those hazmat suits?’”

For more from our conversation with the co-creator and stars of the Emmy-contending series, click above.