‘America’s Most Wanted’ Returning To Fox With Elizabeth Vargas As Host
Read the full story
June 21, 2019 9:11am 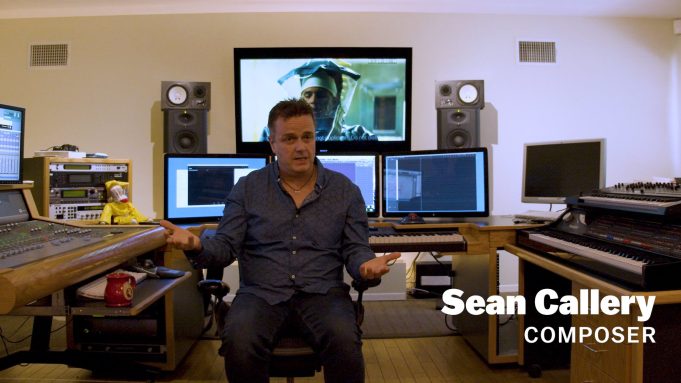 When composer Sean Callery entered The Hot Zone, he was asked to figure out a sound for Ebola, a “villain or adversary” that was “there, but also not there.”

Based on an international bestseller by Richard Preston, the series looks at the origins of the highly infectious virus, its arrival on U.S. soil, and the scientists who risked their lives to head off an outbreak in 1989.

To Callery, a four-time Emmy winner and 17-time nominee, the National Geographic miniseries presented one big question up front: “What would make a viewer uncomfortable about something you can’t see?” In the latest installment of Deadline’s Production Value video series, the composer explains the instinct that led him to an answer.

Starting out on the project, Callery knew that if Ebola had a sound, it wouldn’t be any kind of traditional melody. “I just didn’t hear that,” the composer explains. “I knew it was going to need to be something that you would really feel.” With this in mind, he decided to turn with his score toward the world of sound design, with which he’d become acquainted at the beginning of his career.

“One of my first jobs while I was pursuing being a composer was being a sound effects editor…for Star Trek: Deep Space Nine. The notion of designing sounds for environments that are for aliens that are hostile, you have to give that some thought,” Callery says. “I would say that those kinds of skills that I developed on that show helped me a bit here.”

Approaching The Hot Zone from the perspective of a sound designer, Callery reflected on the kinds of sounds that human beings enjoy the least. “Fingernails on a chalkboard, wasps, breaking glass—all little kinds of things” presented themselves at this point, which stoked his creative fire.

Then, Callery had a breakthrough. Recalling saloon pianos he’d heard at carnivals as a kid, and the unsettling “out-of-tune-ness” of their sound, he began experimenting with quarter tones and microtones “between a white and a black note,” finding therein the elusive sound of contagion.

“I was thinking of these molecules kind of spilling out randomly and spreading,” the artist shares. “The idea was that a musical note—in this microtuned, detuned kind of way—as it starts to spread out, the tuning would become more diffuse and spread around, and then it would feel a little unsettling.”

For a look at our conversation with Production Value’s first repeat guest, and additional insights into the “audio tricks” Callery employed for The Hot Zone, click above.