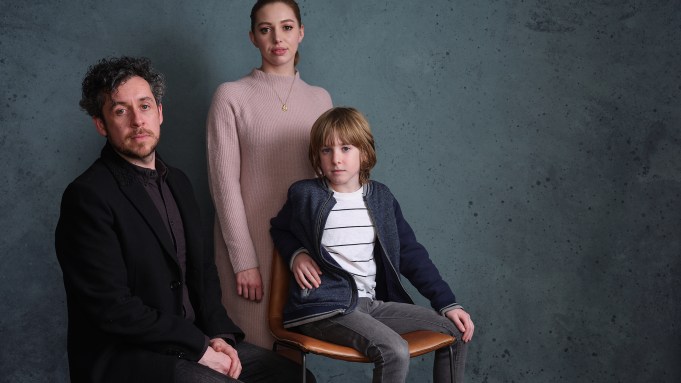 The feature debut of Irish writer/director Lee Cronin, The Hole in the Ground emerged from a “convergence” of factors. Centered on Sarah (Seána Kerslake), the horror pic examines the mysterious disappearance of her young son (James Quinn Markey)—involving a sinkhole—and his subsequent, ominous reappearance.

Interested in sinkholes and “this idea about a trust issue between a mother and son,” Cronin was inspired early in his creative process by a particular item of news.“ The first thing that kicked off was a story about a guy in Florida, who was in his armchair, and the earth just opened up beneath him. Florida’s obviously got a history with sinkholes, and he disappeared,” the director told Deadline recently, appearing in Sundance with his two leads. “I thought that was really interesting, how something so fantastical could happen in a domestic space.”

For Cronin, the sinkhole was “this great representation of this unknown future for a single mother that’s come from a darker past”—a mother Kerslake couldn’t wait to play. “I knew it was going to be a huge emotional and physical challenge,” the actress reflected. “I’d never done horror before, and I’m not really versed with that genre.”

Going through “quite a lonely journey” on screen, Kerslake started on the film knowing she’d be acting opposite an eight-year-old boy, and spent time up front, figuring out how to make that work. “I think we did some improv since we’d just got to know each other, [and] I don’t think we wanted the material to be too stale,” Kerslake noted. “I wanted to portray a mother-and-son relationship that I found realistic.”

Impressively, Cronin managed to line up a strong pair of distributors for his first directorial outing; debuting exclusively on DIRECTV January 31st, The Hole in the Ground will hit theaters through A24 on March 1st. For more from our conversation with the director and his cast, click above.