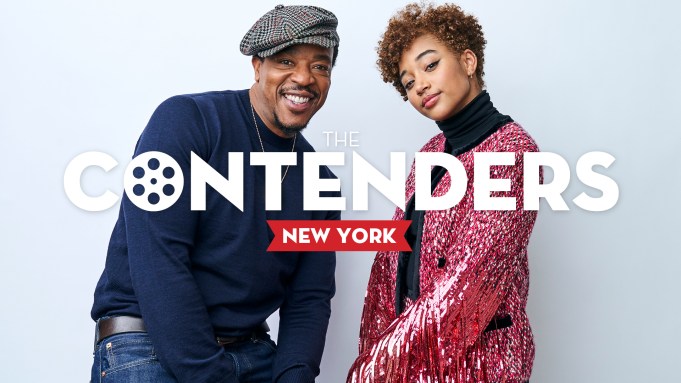 In introducing The Hate U Give star Amandla Stenberg recently to the packed audience at Deadline’s first-ever The Contenders New York all-day awards-season event, I held up the cover of Time magazine, on which she recently appeared, an honor to note her activism outside of acting. During our discussion onstage, Stenberg said that all comes from her belief in leveraging the power of film to make change in the world, which is certainly something she does in this movie, which was part of 20th Century Fox’s Contenders presentation last month at the DGA Theater.

In the film based on Angie Carter’s YA novel Stenberg plays Starr Carter, who finds herself the center of an uprising after witnessing a friend killed by a cop during a traffic stop. The movie tackles a lot of what young people now routinely face in their lives — particularly those in black communities.

Co-star Russell Hornsby, who plays Starr’s father, tells how the story demonstrates hate becoming internalized by kids at younger and younger ages, a sad byproduct of society that doesn’t seem to be getting better with time. He also describes how the late screenwriter Audrey Wells took the book’s section about “the talk” — something black parents now give to their kids to help them survive growing up as a person of color — and moved it from the middle of the story to the beginning. It was a decision that gets The Hate U Give off to a very powerful start that never lets up.