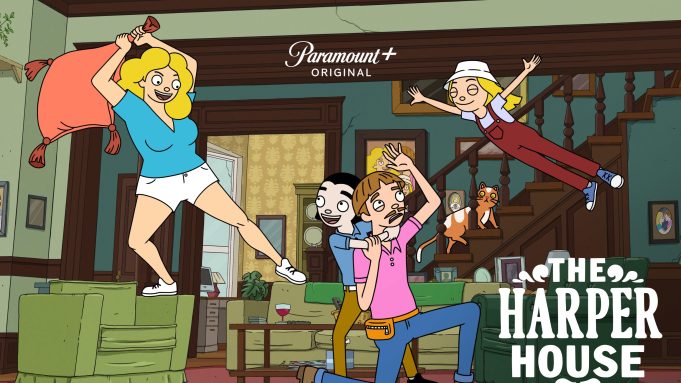 During a Comic-Con panel on Friday, Paramount+ unveiled the official trailer for its upcoming series The Harper House, announcing that it will premiere on September 16.

The adult animated comedy centers on Debbie Harper (Rhea Seehorn), the overconfident female head of a household, who struggles to regain a higher status for herself and for her family of oddballs, after losing her job and moving from the rich side to the poor side of a small town in Arkansas. To save money, they’ve moved into their inherited Victorian fixer-upper—a historic residence known as the Harper House.

The show is produced by CBS Studios’ new animation arm, CBS Eye Animation Productions, in association with 219 Productions. Its exec producers are Neely and Katie Krentz. Titmouse, the Emmy-winning independent animation production company behind Netflix’s Big Mouth, serves as the animation studio for the series.

When The Harper House debuts this fall, it will join a growing slate of original animated series presented by Paramount+, which includes Star Trek: Lower Decks, Rugrats, Kamp Koral: Spongebob’s Under Years, No Activity, the Emmy-nominated Stephen Colbert Presents Tooning Out The News, and the anticipated Star Trek: Prodigy, which premieres later this year.

The conversation was put on as part of the Paramount+ “Peak” Animation block at Comic-Con@Home, which also touched on the shows Star Trek: Prodigy, Star Trek: Lower Decks and Stephen Colbert Presents Tooning Out the News.

For a look at the first full trailer for The Harper House, click above.