Continue to Deadline SKIP AD
You will be redirected back to your article in seconds
Skip to main content
September 28, 2021 6:00am 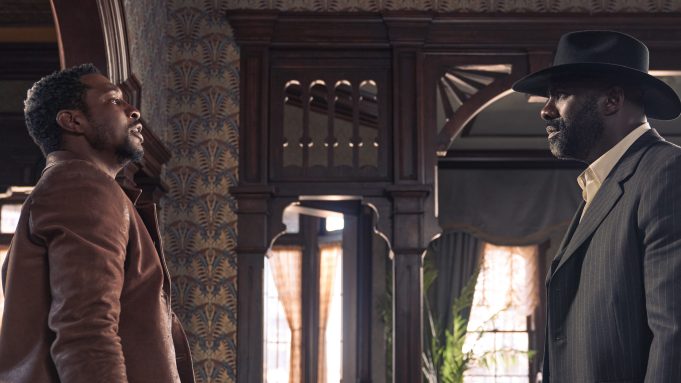 Jonathan Majors is out for blood in the trailer released today for The Harder They Fall, the Netflix Western from director Jeymes Samuel (They Die by Dawn), which will debut in select theaters in October, before hitting the streamer on November 3.

In the film, Majors’s outlaw Nat Love (Jonathan Majors) learns that his enemy Rufus Buck (Idris Elba) is being released from prison. He then rounds up his gang to exact revenge against the man who long ago killed his parents.

“This is going to be Buck’s last day amongst the living,” Love asserts in the trailer.

Those joining him in his quest include his former love Stagecoach Mary (Zazie Beetz); the hot-tempered Bill Pickett (Edi Gathegi); the fast-drawing Jim Beckwourth (R.J. Cyler) and an additional ally who turns out to be an adversary.

While Nat and his gang are formidable, so is Buck, who notifies him that “this ain’t going to end well for you.” Indeed, he has his own unnerving crew, which includes “Treacherous” Trudy Smith (Regina King) and Cherokee Bill (LaKeith Stanfield), and this wild bunch is not one that knows how to lose.

The Harder They Fall also stars Delroy Lindo, Danielle Deadwyler and Deon Cole. Samuel penned the script with Boaz Yakin, and produced the film alongside Shawn Carter (aka Jay-Z), Lawrence Bender and James Lassiter, with G. Mac Brown serving as its executive producer.

Check out the trailer for the upcoming feature above.