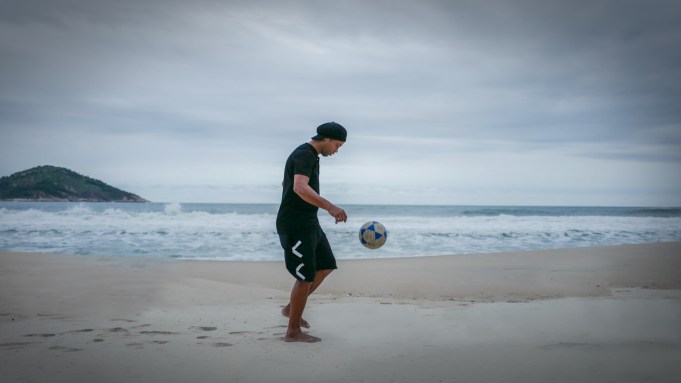 The former Barcelona, PSG and AC Milan star teased the film this summer on his social accounts where it has garnered eight million views. With more than 100M followers on social, Ronaldinho is the second-most followed retired athlete on social media after David Beckham. Above is the teaser.

The film is set to tell the story of Ronaldinho’s life, charting his rise from the streets of Brazil to becoming one of football’s most loved players. Interviewees include Messi, Pelé, Frank Rijkaard, Carles Puyol, Joan Laporta, and Sandro Rosell along with several journalists. There was extensive access to Ronaldinho and his brother/manager, Roberto.

Messi is said to discuss their special relationship, Ronaldinho’s influence as a mentor and the Brazilian’s exit from Barcelona, a move which the filmmakers say echoes Luis Suarez’s departure this summer to Atletico Madrid.

Brit Award and Mercury Prize-nominee Bugg is said to be writing original material for the film.

Directing are Andrew and Stuart Douglas. Producers are Jeffrey Soros and Simon Horsman of the The Los Angeles Media Fund and Bernie Goldmann. Editors are Sam-Rice Edwards and Andrew Cross.