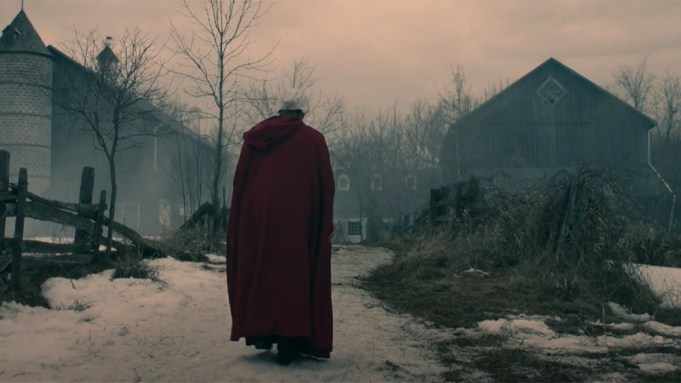 Hulu has dropped a new trailer for Season 4 of its Emmy-winning The Handmaid’s Tale.

The new season picks up with June (Elisabeth Moss) back in Gilead as a fierce rebel leader determined to seek justice and revenge against those who have hurt her and others.

Adapted from Margaret Atwood’s classic novel, The Handmaid’s Tale is the story of life in the dystopia of Gilead, a totalitarian society in what was formerly the United States. Offred (Moss), one of the few fertile women known as Handmaids in the oppressive Republic of Gilead, struggles to survive as a reproductive surrogate for a powerful Commander and his resentful wife.

Season 4 of The Handmaid’s Tale premieres April 28 on Hulu.