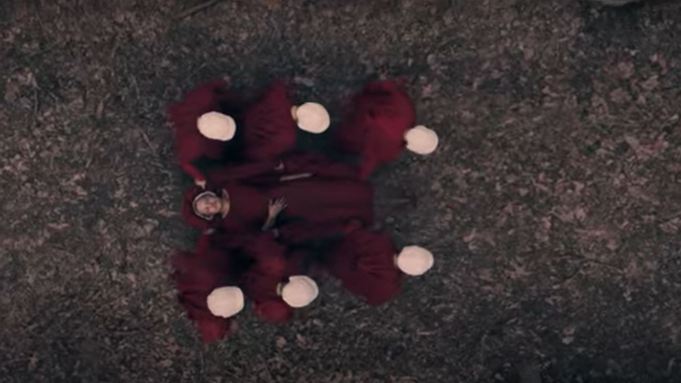 So says Elisabeth Moss’ June Osborne, who continues her rebellion against the totalitarian Gilead regime in Season 4 of Hulu’s Emmy-laden drama The Handmaid’s Tale. The series doesn’t return until 2021, but you can watch the first teaser — revealed during the streamer’s newfront presentation — above.

The tagline for the fourth season, which marks Moss’ directorial debut, is “Change never comes easy. Blessed be the squad.”

Elisabeth Moss On How Coronavirus Cut Short Her ‘Handmaid’s Tale’ Directing Debut, Plus Becoming An ‘Invisible’ Action Hero – The Actor’s Side

Created by Bruce Miller based on the novel by Margaret Atwood, The Handmaid’s Tale has been a brand-defying series for Hulu and became the first streaming show to win a best series Primetime Emmy. An instant hit, it is a pop culture staple that transcends entertainment. Its costumes have become a symbol of women’s rights and have recently been incorporated into the protests against state legislation banning abortion.

Like so many series, MGM Television’s The Handmaid’s Tale was forced to halt production on its new season in mid-March amid the coronavirus outbreak.