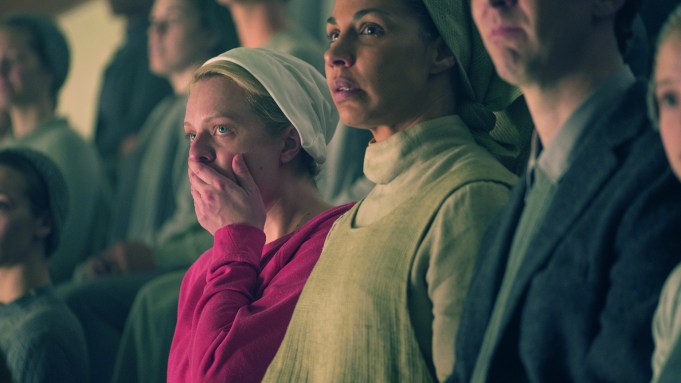 “Heresy. That’s what you get punished for. Not for being part of the resistance. Because officially, there is no resistance. Not for helping people escape, because officially there is no such thing as escape.” Those words from June Osborne (Elisabeth Moss) at the beginning of the Season 3 trailer for Hulu’s The Handmaid’s Tale. The trailer was released today during Hulu’s upfront presentation in New York City.

The 13-episode third season of the drama series will follow June’s resistance to the dystopian regime of Gilead and her struggle to strike back against overwhelming odds. In Season 3, there promises to be startling reunions, betrayals, and a journey to the terrifying heart of Gilead that will force all characters to take a stand, guided by one defiant prayer: “Blessed be the fight.”

The Handmaid’s Tale comes to Hulu from MGM Television and is created, executive produced and written by Bruce Miller.