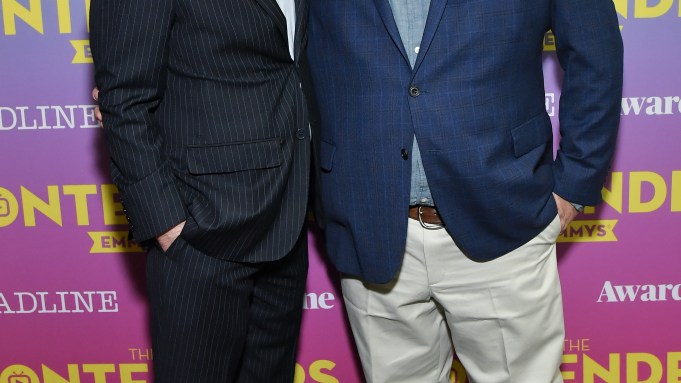 Now in its second season, The Handmaid’s Tale showrunner Bruce Miller had one thing to say about the award-winning Hulu series’ sophomore run: “You just don’t want to f*ck it up.”

Miller was joined onstage by executive producer Warren Littlefield at Deadline’s annual The Contenders Emmys event to talk about going beyond Margaret Atwood’s 1985 dystopian novel for Season 2, while at the same time staying loyal to the universe she created.

Miller said they are “still in Margaret’s world,” but they go explore worlds that are only mentioned in the book and referred to in Season 1.

“It’s a very ambitious year, and we didn’t want to duplicate ourselves; we felt really satisfied with what we did year one, but our ambitions were greater,” said Littlefield.

He adds that during the second season we see through the eyes of the characters. “We get to see some of those monumental shifts in what happened and how it happened, and we understand a little more about the transition from America to Gilead.”

With the drama, Miller wants viewers to experience the story from Offred’s point of view. “The more you make it her experience, living her life and having these big things happen, it feels more like our experience.”