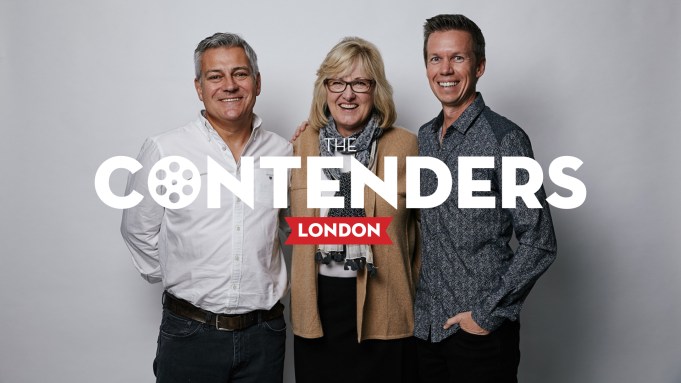 Based on Dr Seuss’ classic holiday book, Universal/Illumination’s The Grinch is the story of a big green grump — voiced by Benedict Cumberbatch — who sets out to steal Christmas, only to find his heart touched by little Cindy Lou Who and her selfless yuletide wish. Director Yarrow Cheney, producer Janet Healy and art director Colin Stimpson joined Deadline’s recent The Contenders London award-season event to discuss the animated project, which begins international rollout November 8 and opens the next day domestically.

Illumination previously adapted The Lorax, and all three of our guests worked on that film as well. A return to the world of Dr Seuss, said Healy, came about because “we thought we could make it modern and accessible to audiences now.”

A big takeaway from the story for Healy, who works closely with Illumination chief Chris Meledandri, is the “power of inclusion, diversity. Also, “the importance of community and tradition… But, even more so there’s the redemptive power of forgiveness. It really speaks to what kindness means and how joy and love and compassion are so important. Not only at Christmas, but for all of us, it’s a time to make the world a better place.”

Stimpson, who has been on many Illumination movies including The Secret Life of Pets and its upcoming sequel, said he’s a big fan of the Seuss books which helped him, like so many, learn to read years ago. In designing the look of the film, the team “wanted to reflect the kindhearted nature of the people who live there” and create “a really magical place that kids will remember.”

Cheney’s credits also include Secret Life of Pets, and production design on the Despicable Me movies. He showed off some drawings in London and explained, “One of things that we do when we are trying to design these locations is really make sure the locations describe who lives there.” That was particularly the case for the title character’s home on Mount Crumpet, for which they referred to Seuss’ original books.

“We went right to the source… We try to pull all the design elements that we can from the drawings, but also the cool thing about caves is that the caves in the real world are just as fantastic as the Seuss drawings and so we really dove into looking at pulling from natural caves.”

Also voicing the film are Rashida Jones, Kenan Thompson and Cameron Seely, with a special appearance by Angela Lansbury and narration from Pharrell Williams.