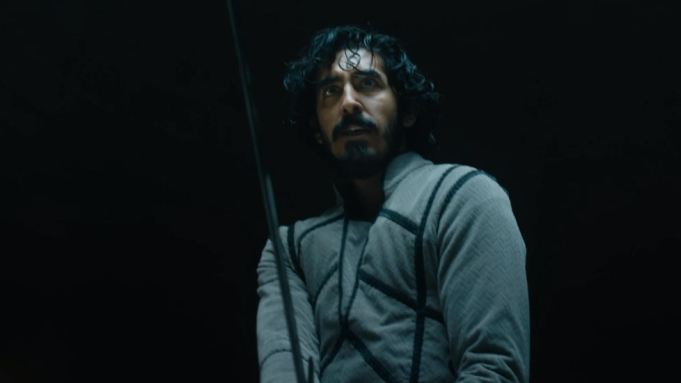 A24 has released a teaser trailer for The Green Knight, its upcoming epic fantasy adventure film from Ain’t Them Bodies Saints, Old Man & the Gun and A Ghost Story director David Lowery. Dev Patel stars as Sir Gawain, a member of King Arthur’s Knights of the Round Table, whose virtue, honor and bravery is tested by one of Arthurian mythology’s best-known and most mysterious figures — and who looks fittingly awe-inspiring in the first look revealed today.

The studio, who had a strong awards season with the likes of Robert Eggers’ The Lighthouse, the Adam Sandler-starring Uncut Gems, Independent Spirit Award Best Feature winner The Farewell and Midsommar, is making a big push for Green Knight. A24 has set a May 29 release date for it, and it will be one of the studio’s biggest screen counts to date (for example, 2018’s Hereditary bowed on 2,964 screens).

The interpretation of the Sir Gawain and the Green Knight tale has varied from its 14th century medieval origins, with different versions tracing from the Pearl Poet and Thomas Malory to JRR Tolkein and John Boorman (Liam Neeson played Gawain in 1981’s Excalibur). This take penned by Lowery frames Gawain as King Arthur’s reckless and headstrong nephew, who embarks on a daring quest to confront the Green Knight (Ralph Ineson), a gigantic emerald-skinned stranger and tester of men. Gawain contends with ghosts, giants, thieves, and schemers in what becomes a deeper journey to define his character and prove his worth in the eyes of his family and kingdom.