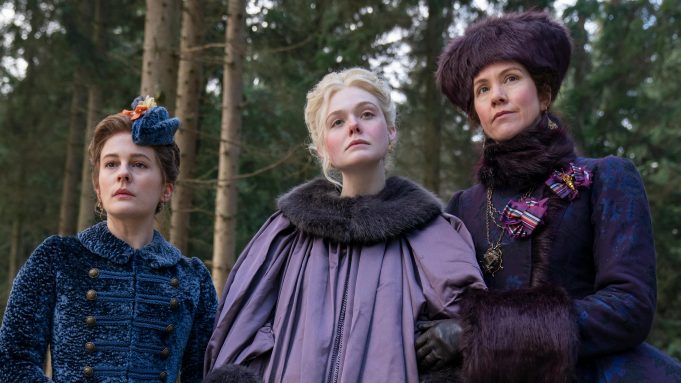 Hulu has unveiled a trailer for the second season of its acclaimed comedy, The Great, which debuts on the streamer on November 19.

The series created by The Favourite scribe Tony McNamara charts the rise of Catherine the Great (Elle Fanning) from outsider to the longest-reigning female ruler in Russia’s history, with only a few occasional facts. In Season 2, Catherine finally takes the Russian throne for her own — but if she thought coup-ing her husband Peter (Nicholas Hoult) was difficult, it’s nothing compared to the realities of ‘liberating’ a country that doesn’t want to be. She’ll battle her court, her team, even her own mother in a bid to bring the enlightenment to Russia.

Meanwhile she’ll also battle her heart as Peter slowly transitions from much-hated husband, to prisoner? Ally? Lover? Ultimately, Catherine will learn that to change a country, you must let it change you—that there is a fine line between idealism and delusion, and that becoming ‘the Great’ will ask more of her than she could have imagined.

Check out the trailer for the new season above.