Continue to Deadline SKIP AD
You will be redirected back to your article in seconds
Skip to main content
January 5, 2021 2:00am
12Comments 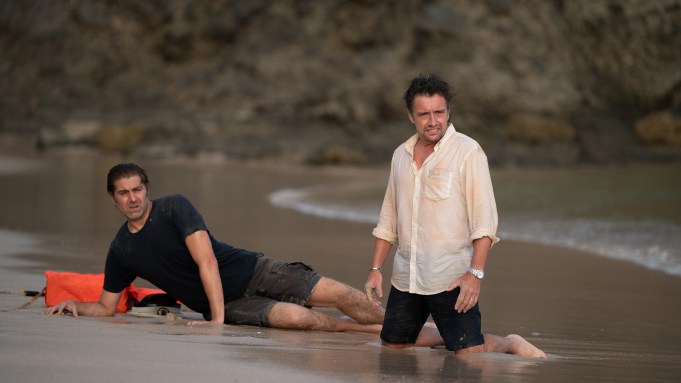 Amazon has dropped the first look trailer for the new Richard Hammond and Tory Belleci adventure series The Great Escapists. The show will premiere on Amazon Prime Video on January 29.

The Great Escapists follows the respective The Grand Tour and Mythbusters stars as they are shipwrecked together on a desert island with nothing but their smarts and their scrap shipwreck for survival.

The pair construct an exotic wonderland using what they have from the shipwreck and what they can find on the island. The duo’s hare-brained builds will range from island hopping vehicles to a supersized hydro-power waterwheel.

The six-part series is made by Hammond’s Chimp Productions. Gareth Cornick executive produces.