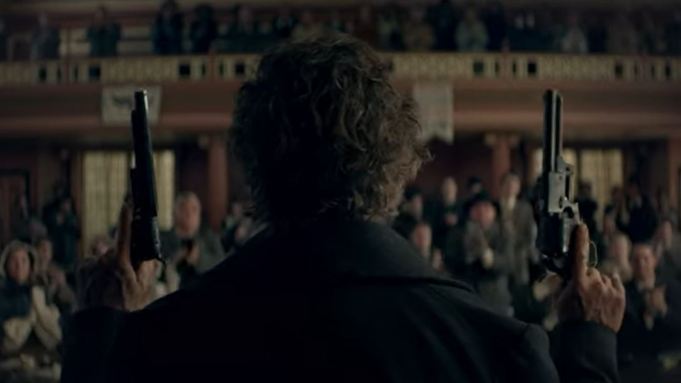 “Everybody got God on their side in a war,” enslaved teenager Little Onion says. “Trouble is, God ain’t tellin’ nobody who he’s for.”

Here is the first trailer for The Good Lord Bird, Showime’s limited series starring Ethan Hawke as John Brown, the antebellum abolitionist who organized an ultimately ill-fated raid on the U.S. Armory at Harpers Ferry in 1859. It failed to initiate the slave rebellion Brown intended, but it helped to touch off the Civil War.

Have a look at the trailer above and the key art below.

The project from Blumhouse Television is based on James McBride’s 2013 novel that won the National Book Award for Fiction. The Good Lord Bird is told as a memoir of Henry Shackleford aka “Little Onion” (Joshua Caleb Johnson), an slave who joins up with Brown during the tense Bleeding Kansas era — a time when the state was a battleground between pro- and anti-slavery forces – and eventually finds himself participating in his famous raid. Along the way, Onion has encounters with history and historical figures including Frederick Douglass and Harriet Tubman.

Brown was convicted of treason and murder and hanged in December 1859.

The series bows August 9 on Showtime.