Continue to Deadline SKIP AD
You will be redirected back to your article in seconds
Skip to main content
September 17, 2021 12:50pm 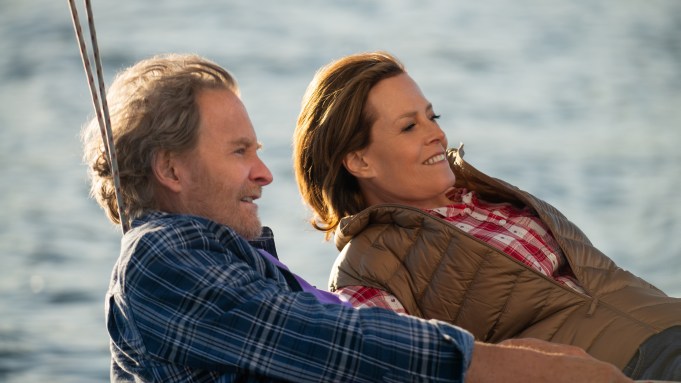 For anyone who misses the character-driven dramedies that Hollywood use to make like As Good As It Gets and Something’s Gotta Give, there’s the new Dreamworks feature The Good House starring Sigourney Weaver which made its world premiere at TIFF this past week.

It’s been a while since we’ve seen her, and that’s because she’s been busy with James Cameron’s Avatar sequels. Based on the novel by Ann Leary and directed by Polka King‘s Maya Forbes and Wallace Wolodarsky, Weaver plays Hildy Good, a successful New England realtor who is severely judged by those around her for her drinking habit. How bad is it? Along the way, she crosses paths with her old high-school flame, Frank Getchell (Kevin Kline), who is now a local blue-collar entrepreneur, and their romance ignites long-buried emotions and secrets that propel Hildy toward a reckoning with the one person she’s been avoiding for decades: herself.

“After two years of Avatar 2 & 3, Hildy in any case is a great dame and someone you want to hang out with, someone who is like all of us, who has flaws and issues, but she’s going to turn things around,” says the 3x Oscar nominee who is working with Kline for the third time in a row after Dave and Ice Storm.

“To find a script about a woman who’s speaking out in her ’60s, that’s also a comedy and a love story with these guys May and Wallace and Kevin Kline — it was my 70th birthday and the biggest birthday present I could ever imagine,” adds Weaver.

The dramedy from Dreamworks, Participant Media and Reliance is currently up for sale.

Check out our interview above with Weaver, Wolodarsky and Forbes.