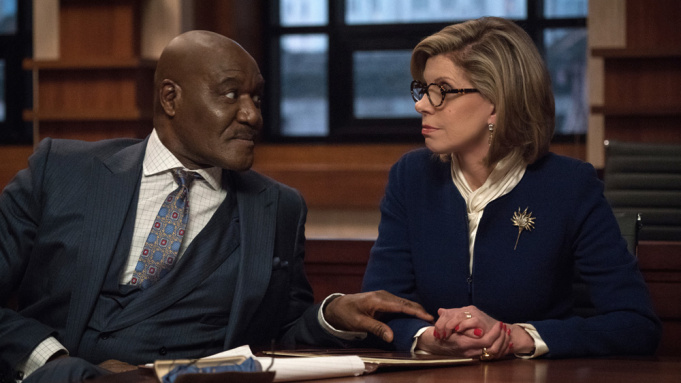 The cast and crew of CBS’ All Access The Good Fight got together in a virtual video message to explain why the show is taking a week-long break between episodes two and three next week following the show’s production shutdown due to the coronavirus pandemic.

Deadline understands that this season of The Good Fight will consist of seven episodes after the team was able to finish production on these before the shutdown. The team then figured out  how to finish the process remotely. Season four was originally set to feature 10 episodes.

Baranski opens the video message, with “Hello from The Good Fight family. We hope you’re well and staying safe during this difficult time.”

She’s followed by rotating clips of writers, editors, actors, producers, directors, and more, all from their respective homes, as they explain the convoluted process of trying to put a show together when key auspices are quarantined across the globe.

“Working from home has delayed many aspects of post-production and we need one week to catch up,” said Nyambi.

Showrunner Robert King said, “For example, our composer scores the episode in Andora, as our music supervisor adds songs in Texas. They send it all to Los Angeles, where our music editor puts it in the episode.” Showrunner Michelle King added, “They send it to Manhattan to be mixed, and they send it to Santa Barbara to an executive producer.”

The same “whirlwind tour” is being made by editing, visual effects.

The video ends with a rotating rendition of Johnny Cash’s You Are My Sunshine, starting with musician/composer Jonathan Coulton on guitar.