Continue to Deadline SKIP AD
You will be redirected back to your article in seconds
Skip to main content
May 18, 2018 10:25am 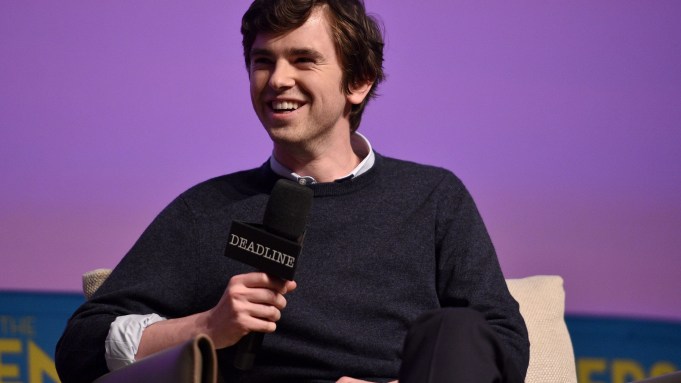 Freddie Highmore had a quick turnaround time to change from the creepy evil Norman Bates in Bates Motel to the gentle, softspoken and sincere Dr. Shaun Murphy in ABC’s The Good Doctor. Being the professional he is, Highmore effortlessly transitioned to a character that he says has changed him as a person.

During Deadline’s The Contenders Emmys event last month, co-editor-in-chief Nellie Andreeva asked Highmore how the character has influenced his own life. He laughed: “Shaun is probably a better person than me. He’s less cynical — my British cynicism has certainly lessened.”

He adds, “That’s hopefully the point of the show. We learn from Shaun as he learns from the codes of the environment he is in. Hopefully, all of us as an audience and like the other characters on the show are learning from Shaun.”

For Season 2, Highmore holds his cards close to his chest but mentions he will be more involved as a director and a writer on two different episodes. The season will continue to deal with Shaun’s diagnosis as well as his relationship with Lea (Paige Spara) and his mentor Dr. Glassman (Richard Schiff).