Continue to Deadline SKIP AD
You will be redirected back to your article in seconds
Skip to main content
September 10, 2019 4:19pm
2Comments 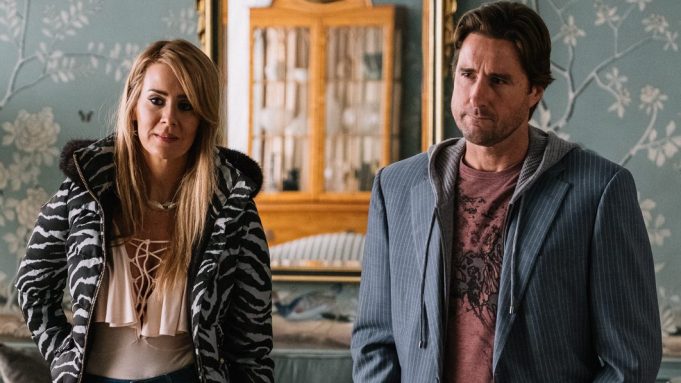 Director John Crowley is no stranger to taking a book from the page to the screen, as he did for his BAFTA-winning film Brooklyn in 2015. But Donna Tartt’s 800-page 2013 Pulitzer Prize winner The Goldfinch presented him with a new opportunity. “It’s such a brilliantly original study of grief,” he told Deadline. “The dilemma that the central character creates for himself is completely original—where there’s this kid who loses his mother and winds up holding onto this object, which happens to be a priceless work of art, and the longer he holds onto it, the more criminal he becomes, in a sense, and how this chimes with his own developmental sense of being almost an evil person—as he sees it, mistakenly—responsible for his mother’s death. And how that dilemma begins to rattle itself to pieces in the final stage of the story.”

Crowley enlisted Ansel Elgort as the older Theodore Decker, with the younger version of him played by Oakes Fegley. It’s Fegley who audiences first meet in the film, as the 13-year-old New Yorker whose life is turned upside-down when his mother is killed in a terrorist attack at the Metropolitan Museum of Art and he steals a priceless piece of art known as The Goldfinch.

Crowley says each of the actors brought different aspects to the part. “I didn’t want two actors that looked and acted alike,” he says. “Because I don’t think you are the same person when you’re 14 as when you’re 25. You may have similar problems and aspects, but it was more interesting to play the essential emotional truth of the character in each situation. The younger Theo had in Oakes’ performance a degree of vulnerability, which was very touching. He’s not yet formed and looking for somebody to look after him. He keeps trying and failing, and is baffled by the way life keeps knocking him sideways, sending him down the wrong road.”

Fegley says he found it challenging to put himself in the emotions his character goes through. “At my stage of the story, he’s still got a fresh wound he can’t ever think of healing over, and he never really does. He’s in a lot of pain and guilt, and it affects every walk of his life. He looks on everything with a different light after the event and losing his mother,” says Fegley. “With Ansel’s character, he’s already been through so much grief and has closed himself off.”

Crowley says Elgort was able to play his version of Theo with a “slightly cool exterior and a very emotionally vulnerable interior at the same time.” Elgort used the book itself, as well as the costumes of Theo—his glasses and expensive suits—to get into character. “I hadn’t been a fan of the book before I got the role, but I read it after and appreciated how amazing the writing was. That story could have been told a lot faster but the way it’s written, you want to hang on every sentence,” says Elgort.

A New York native, Elgort enjoyed seeing the city, where a lot of the film is set, through the eyes of someone else. “It was especially cool being in costume and going to my favourite Vietnamese restaurant I go to—we were shooting around the corner—or walking into Saint Ambrose in one of Theo’s suits. It felt so cool,” he says. Elgort also took Ashleigh Cummings, who plays Pippa, around town, showing her NYC, and helping to make their onscreen life-long friendship feel a little more familiar. “The more time you spend with someone that you are meant to have a shared history with, the more helpful it is to understand a little about them and their rhythms. It’s not always something you can articulate but there are little things that help inform your relationship,” she says.

It’s these kinds of details Luke Wilson and Sarah Paulson also tapped into to play Theo’s father and his girlfriend, respectively. “In my dream world, they would have made this a four-part miniseries, with each section having its own evening event, just so that you could mine everything in this book,” says Paulson, who counts herself such a big fan of Tarrt’s novel that she lobbied to play the part of Xandra. Young Oakes agrees. “You could easily make a miniseries out of it, but even then you still wouldn’t get all the detail of the book. We tried to get it as close to the book as possible.” That, in itself, is feat enough.

To take a look at Deadline’s Toronto conversation with the talents behind The Goldfinch, including Crowley, Elgort, Fegley, Paulson, Wilson and Cummings, click on the video above.