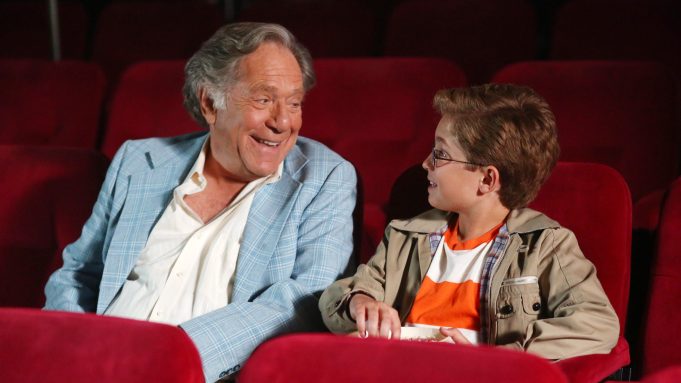 The Goldbergs remembered George Segal in all of his Pops glory as ABC aired a special tribute celebrating the late actor.

On Wednesday ABC topped off Segal’s final The Goldbergs epsiode, “Couple Off,” with a brief tribute to Segal’s character, Albert “Pops” Solomon, the family’s big-hearted grandfather. Segal died in March of complications from bypass surgery. He was 87.

The 45-second tribute is a montage of Segal’s most memorable moments in the ABC family comedy. The clip, dedicated to Segal, shows the actor in a number of get-ups including a Ghostbusters costume from the episode “Who Are You Going to Call” and features a number of the Oscar-nominated actor’s memorable lines.

The tribute ends with back-to-back clips of Segal’s Pops embracing a number of characters including Wendi McLendon-Covey’s Beverly Goldberg and and Haley Orrantia’s Erica Goldberg.

Upon learning of Segal’s death in March, The Goldbergs cast and crew remembered the actor in a joint statement.

“On behalf of everyone at The Goldbergs we are devastated at the loss of our dear friend, George,” the show’s cast and crew said. “He was kind, sweet, beyond talented and funny. George was the true epitome of class and he touched all of our lives so deeply. It was an honor and a privilege to have him as a colleague and friend all of these years. It is no surprise to any of us that knew him so well that he is a true national treasure. He will be missed by all. POPS, we will miss your banjo playing and your infectious laugh. Rest in peace.”

See the ABC tribute video above.