“No One Has Been Ruled Out,” DA Says Of Potential Charges In Alec Baldwin Movie Set Shooting
Read the full story
January 29, 2020 4:30pm
5Comments 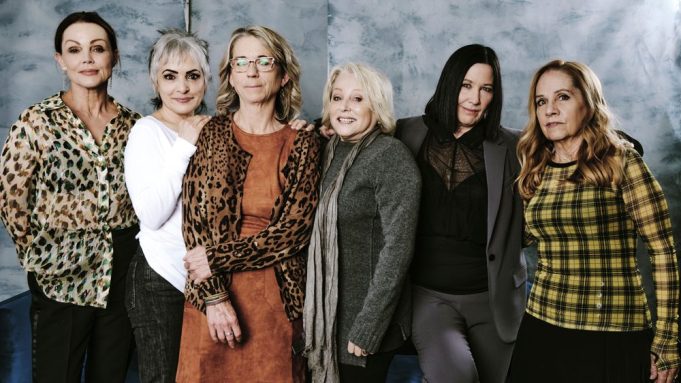 In Alison Ellwood’s documentary simply called The Go-Go’s the director sheds light on the iconic titular band that made history as the first all-female band to play their instruments, write their songs, and achieve a number one album. From their punk roots to their pop success, the docu takes us on the rise, fall and rise again of The Go-Go’s.

“I think it’s a very powerful story about women and showing dedication and hard work and in a time that’s pretty dark,” Ellwood said in the Deadline Studio at Sundance. “I think this film is going to be a real ray of light this year.”

The women of the group, Charlotte Caffey, Belinda Carlisle, Gina Schock, Kathy Valentine and Jane Wiedlin joined Ellwood in the studio to talk about the film that documents their lives as musicians. All of them loved what she did with their story. They pointed out that there is so much more story to tell beyond The Go-Go’s

“We were saying there’s so much more,” said Schock. “We should do a part two.”

Carlisle chimed in, “The stuff that we left out was unbelievable!”