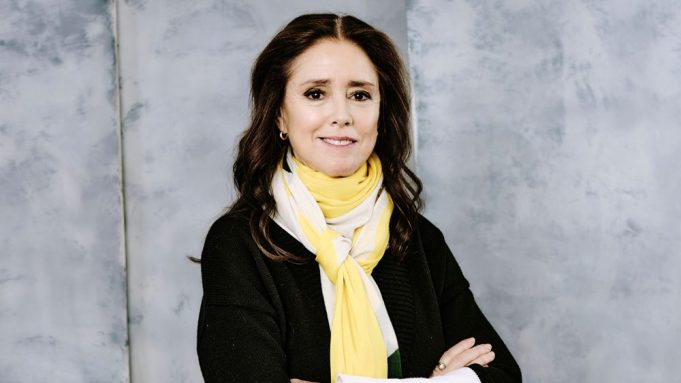 The film The Glorias isn’t a traditional biopic, but it certainly explores the trailblazing life of feminist icon Gloria Steinem in a way that only visionary director Julia Taymor can.

“I never had in my mind to do a film about Gloria Steinem until I read [her] book My Life on the Road,” said Taymor when she visited the Deadline studio at Sundance. “It’s not a linear book, it’s not a drama. It’s a road book — which means it’s lots of different events out of order of her life.”

The film stars Julianne Moore, Alicia Vikander, Janelle Monae and Bette Midler and is based on the book. It gives a non-traditional take on the biopic setting the story in a lonely bus on an open highway with five Glorias tracing Steinem’s influential journey to prominence. “I felt the cinematic possibilities of exposing and opening up the Glorias that made the woman that most people think they know but don’t.

She continued to talk about the timeliness of the film saying “You look at the events in that film and you go, ‘Wow, we’re in the exact same position or going backward in some cases’.” She continued to say that when they were making the movie, they thought Hillary Clinton was going to be president. She said that the importance of this film is to keep people in tune “with the struggle, with the accomplishments of these women.”