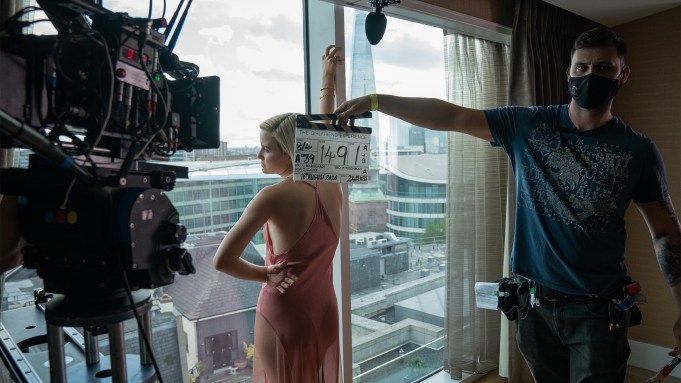 With Starz’s third season of The Girlfriend Experience making its world premiere at SXSW today, the pay-cabler has announced a premiere date for the series of Sunday, May 2 across all its platforms at 8PM ET/PT. The series will air day and date on Starzplay international streaming service across Europe, Latin America and Japan.

The third installment of The Girlfriend Experience is set amidst the London tech scene and focuses on Iris (Julia Goldani Telles), a neuroscience major. As she begins to explore the transactional world of The Girlfriend Experience, Iris quickly learns that her client sessions provide her with a compelling edge in the tech world and vice versa. She then begins to question whether her actions are driven by free will, or something else altogether, and heads down a deep path of exploration.

We spoke with German filmmaker Anja Marquardt who is the writer/director of season 3 at Deadline’s virtual SXSW studio. As she describes it, one day, years after the world premiere of her Berlinale title She’s Lost Control, her reps received a phone call from Girlfriend Experience EP Steven Soderbergh.

In the wake of She’s Lost Control, Marquardt tells us, “I was working on future facing type of stuff; all of that merged into season 3 of The Girlfriend Experience.“

When she first received the call, there was already underlying source material for season 3, but the production pivoted to her angle in their need for a fresh global setting.

When it comes to Iris, Marquardt tells us “she prides herself on reading the room quickly; the psychological makeup of her clients; she figures out nifty ways of gathering behavioral data and doing other things with it.”

The Girlfriend Experience is executive produced by Philip Fleishman and Soderbergh with Jeff Cuban (The China Hustle). Marquardt also serves as co-EP. The 10-episode scripted anthology series is a Transactional Pictures of NY LP production in association with Extension 765 and Magnolia Pictures.

The first two episodes of season 3 are available to all SXSW virtual festivalgoers.

Below is the trailer for season 3: