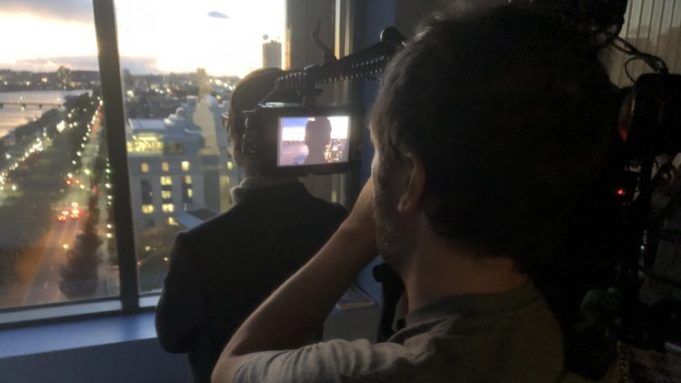 EXCLUSIVE: If you want to know how valuable “gig economy” companies like Uber, Lyft and DoorDash have become, consider that they shelled out a cool $200 million last year to win approval for California’s Prop 22, a ballot measure that granted them an exemption from treating their workers as employees. A California Superior Court judge recently ruled Prop 22 unconstitutional and unenforceable, rendering uncertain whether gig workers in the state will continue to be classified as independent contractors or entitled to the benefits granted full-time employees.

The fate of gig workers is not just a California issue, of course, but a global one. The new documentary The Gig Is Up, directed by Shannon Walsh, notes “Worldwide, there are over 100 million workers in the platform economy,” some delivering food, others ferrying passengers around or spending their hours, for instance, “tagging images for AI”—all of them paid task by task. The film suggests these millions of workers are ensnared by two pincers—one being exploitive companies, the other consumers demanding convenience who have turned those companies into behemoths.

“Who are the people in this shadow workforce?” the documentary questions. “The Gig Is Up brings their stories into the light. Lured by the promise of flexible work hours, independence, and control over time and money, workers from around the world have found a very different reality. Work conditions are often dangerous, pay often changes without notice, and workers can effectively be fired through deactivation or a bad rating.”

Gravitas Ventures will release the film in theaters and on demand October 8.

“Even when you have companies doing everything they can [for workers],” observes one expert in the film, “if we don’t have regulations and don’t have that social contract in place, there will always be some competitor of theirs who says, ‘I’m just not going to take care of workers.’”

The Gig Is Up premiered at CPH:DOX in Copenhagen in April, followed by a North American premiere at Hot Docs in Toronto. The film was directed by Walsh and produced by Ina Fichman and Luc Martin-Gousset.