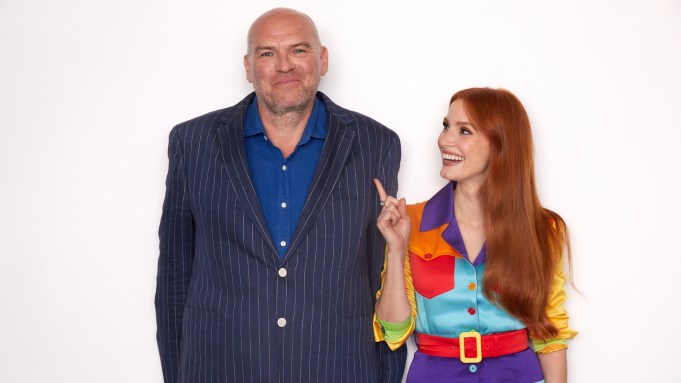 For John Michael McDonagh’s film adaption of The Forgiven, it was important to highlight the main themes of the Lawrence Osborne novel. “It’s about the blindness, and the privilege, and the things you’re not seeing,” he says.

Jessica Chastain and Ralph Fiennes star as Jo and David, a wealthy couple on the verge of divorce. On their way to a weekend party at their friend’s Moroccan residence, they accidentally run over a young man trying to sell fossils by the roadside. As the weekend goes on, David and Jo go on their own journeys in dealing with the ramifications of the event.

“I like that Jo kind of goes through this metamorphosis, quite early on in the story,” says Chastain. “When the inciting action happens in the beginning, she is, in some senses, kind of like reborn and is just wanting to have this sensorial experience of ‘Screw it all, I just want to be alive.’ She’s kind of running into life and running away from ramifications or guilt or thinking, and she just wants to be in her body.”

“The main thing with the book was, it always felt to me like her story wasn’t given the same equal weight as David’s,” says McDonagh. “When you’re cutting back and forth they have to be equally intriguing, so the main area of the adaption was trying to build out that side of the story.”

Click on the video above to watch McDonagh and Chastain discuss the film.