UK PM Boris Johnson To Step Down Following Resignations & Scandals
Read the full story
May 31, 2021 10:30am 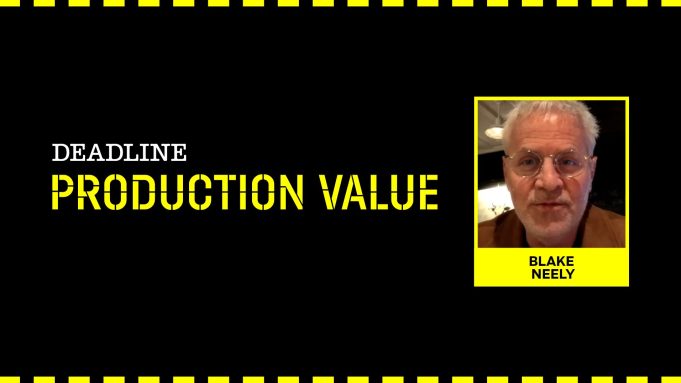 When composer Blake Neely boarded The Flight Attendant, he helped clarify an approach to telling a story, which was “very difficult, tonally, to find.”

HBO Max’s series, based on the 2018 novel of the same name by Chris Bohjalian, centers on Cassie (Kaley Cuoco), a flight attendant and reckless alcoholic who one day wakes up in a Bangkok hotel room next to a corpse. While she has no idea what happened the night prior and inevitably wonders if she is the killer, she sets out on a globetrotting adventure, hoping that she’ll be able to sort out the mystery and prove her innocence.

Neely came to the series via his longtime collaborator, Greg Berlanti, the prolific exec producer with whom he’s worked on Everwood, You, countless DC superhero series (The Flash, DC’s Legends of Tomorrow) and more. But while he had the backing of “the biggest producer in television history”, he admits that his first meeting about The Flight Attendant, with creator Steve Yockey and others, proved intimidating.

“I went in this room and it was like nine people there, surrounding me…and it’s one of those hard things in a music meeting. They said, ‘What’s your idea?’” the three-time Emmy nominee explains, in the latest installment of Deadline’s Production Value video series. “I used to think that was like, ‘Oh, you want me to sing it for you?’ But they want a dramatic idea. What are you going to bring to the story?”

The idea that Neely offered up was to tap into Cassie’s traumatic origin story by way of his arrangements, and the unique selection of instruments they featured. “I just said, ‘Look, I read her as being a broken child, and it might be cool to play around with kids’ instruments and percussion,’” he says. “I remember Steve Yockey said, ‘How about percussion only?’ And I’m like, ‘Let’s do that!’”

The unorthodox decision to have percussion instruments drive the score allowed Neely to reflect through music the mix of thriller atmosphere, dark comedy and dramatic heft that defined the story. While Neely looked to traditional percussive instruments, including the piano, harp, vibraphone and marimba, to bring gravitas to the score, he also pulled in percussive sounds that were far more experimental. “[The idea] was, it’s percussion if you can hit it,” he explains. “So then, it’s like looking around the studio going, ‘That lamp, I can play that lamp. How about this desk? How about my knees?’”

The first piece that Neely wrote for The Flight Attendant, which perfectly encapsulated the show’s “crazy, zany, jazzy” energy, was its piano-driven main title theme, and once this was locked in, he had a conceptual framework in place from which to work.

In his Production Value interview, Neely explained that he began playing the piano around age four, coming to awareness of the art of “composition and film scoring” at age eight, when he was in a movie theater with his parents, watching Star Wars.

Given the piano mastery that he now exhibits, it’s ironic to note that he was once rejected from music school because he “couldn’t pass the piano audition.” But of course, in the end, no momentary setback could get in the way of his ascent as a composer.

While Neely didn’t officially pursue a career in music through higher education, he would still “audit classes and study scores” early on, and “geek out in the music library.”

Later, through “a stroke of luck and nepotism,” he was able to land an internship in Disney’s music publishing department. But in retrospect, Neely’s career really took off, only once he’d left Disney and started doing freelance work. It was at this point that he met Michael Kamen, the “late, great” legend of film scoring, who became a mentor.

From the two-time Oscar nominee, he would learn how to balance “perfectionism” with a willingness to collaborate. “He was really great about having a very specific idea, going with it, but being able to change,” Neely recalls.

After working for Kamen for several years, Neely got his first chance to collaborate with Berlanti on Everwood, and the rest is history. While he’s now nearly two decades into his career as a composer, he remains as passionate as ever about his job, and the idea of trying new things. “I had this great opportunity during the pandemic to start working with a ballet company, The Washington Ballet, and that’s become a new love of mine,” he shares. “It’s also writing for story because they’re dancing out the story, so that’s been fun.”

For Neely, the old Mark Twain adage has certainly proven true—that if you find a job you love doing, you’ll never have to work a day in your life. “This is what I would do in my free time. I just happened to have made a living doing it,” he says. “So, that’s what I love about [my job]. I’m always playing, even when I’m working.”

After premiering in November to great acclaim, The Flight Attendant was renewed for a second season, which is scheduled to debut toward the end of 2022. Check out our entire conversation with the show’s composer above.