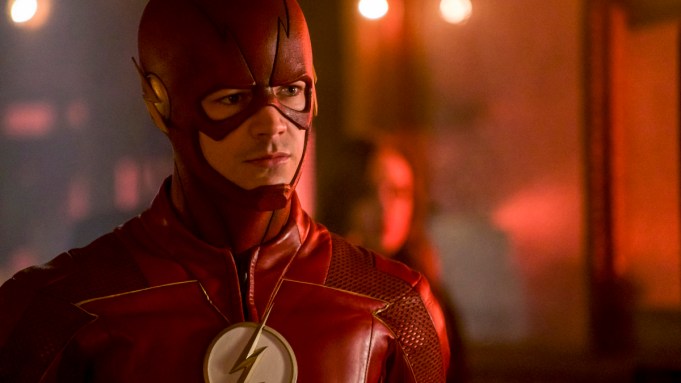 Fans of The Flash got a special look at some never-before-seen takes during DC’s Fandome on Saturday.

At the virtual event, The Flash showrunner Eric Wallace revealed clips from the show’s upcoming seventh season. The two-minute teaser, which sees the titular hero at his lowest point, features unseen footage from season six’s unaired episode 20. The scenes for what was supposed to an episode for season six, will carry over to the next, Wallace said.

“When we had the shutdown happen as unfortunate as it was, we were on the last day of filming for what would have been the 20th episode of last season, which will now partially become the first episode of season seven,” Wallace said on Saturday. “We had 85% of the footage that we were able to use plus also we knew where we were going in season seven.”

While it’s unsure when exactly in 2021 season 7 of The Flash will premiere on The CW, Wallace told fans that if they watch the teaser carefully they can actually decipher a good amount of what’s to come in the series. The trailer sees Grant Gustin’s Barry Allen share intimate moments with Candice Patton’s Iris West, but it also features a set of dangers affecting the main cast.

“There’s huge spoilers all over the place,” Wallace hinted.

The Flash is among a handful shows looking to restart production in Vancouver, following the months-long COVID-19 lockdown. Also aiming to restart filming in Canada are Supernatural, Superman & Lois and Charmed.

Watch the full teaser for season seven of The Flash above.