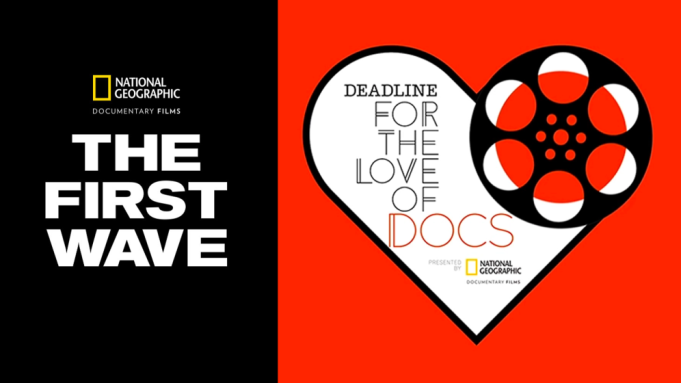 New York City has recorded more than 1.1 million cases of Covid since the pandemic began almost two years ago. The disease has claimed almost 35,000 lives in the city alone.

But statistics only go so far in telling the story. The documentary The First Wave, directed by Matthew Heineman, shows what it was really like on the ground as Covid exploded in the New York metropolitan area. The National Geographic film played as part of Deadline’s For the Love of Docs screening series.

Heineman gained permission to film at Long Island Jewish Medical Center in the borough of Queens, and over four months documented the experience of patients and health care workers struggling through the initial outbreak. He and his team took all the precautions they could to mitigate personal risk.

“Very, very quickly, once we had access, we had to develop safety protocols based on the limited knowledge that we had at the time… basically just mimicking what doctors and nurses were doing inside the hospitals. [Wearing] N95 mask, surgical mask over the N95 mask, and scrubs,” Heineman explained during a Q&A after the screening. “Like them, we were given one N95 mask for two weeks that we had to keep using… You were living the same thing you were documenting. So, it was really a full-on 24-7 experience.”

Dr. Nathalie Dougé, an internal medicine specialist at the hospital, said she participated in the documentary to offer a true picture of what the medical staff was going through.

“With Covid, especially in the beginning, we were at a loss,” she observed. “I’ve never felt so inadequate in my life as a physician. I take pride in knowing everything I possibly can. Of course, I’m human. I’m always open to learning new things. But the fact that just the volume at which patients were coming in and then the volume and the speed at which information was coming in and then changing was a lot to grapple with. When there’s so many voices–you’re hearing the patients, the family members, administration, our team members–and everyone’s looking for answers that just weren’t available. So, it was a lot.”

The filmmakers captured powerful moments as patients clung to life, laboring for every breath. Because of the danger of spreading Covid even further, loved ones of the desperately ill weren’t allowed into the hospital. One of the only ways for patients and their families to communicate was by video chat through an iPad. Nurses facilitated that poignant interaction, holding the devices so families could express their love and support.

“It was just absolutely gut-wrenching,” admitted nurse Kellie Wunsch. “It was terrible, terrible to watch.”

Heineman has won numerous awards and an Oscar nomination for his previous films, including Cartel Land, a documentary that took him deep into perilous narco-trafficking country in Mexico.

“My father battled cancer for most of my life, so in some ways entering the hospital was probably scarier for me than a shootout in Mexico,” he commented. “That’s something that I was really nervous about for the first couple of weeks, being inside hospitals. But again… every day there was so much inspiration from the people we were filming with. And I think that the importance of trying to humanize this issue, but also find those moments of love and connection that we were witnessing every day, pushed us to keep making this film.”

Watch the conversation in the video above. For the Love of Docs is sponsored by National Geographic.