Continue to Deadline SKIP AD
You will be redirected back to your article in seconds
Skip to main content
February 3, 2020 10:14am
3Comments 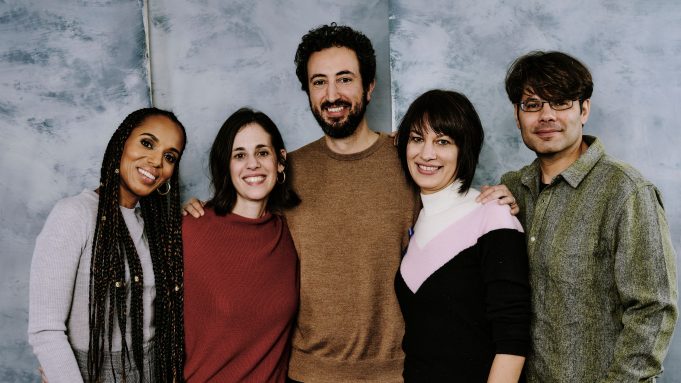 The latest documentary from directors Josh Kriegman, Elyse Steinberg and Eli Despres, The Fight was conceived seven days into the presidency of Donald Trump.

After the President’s ‘Muslim Ban’ was enacted, Steinberg joined protestors on the steps of a Brooklyn courthouse, where ACLU Lawyer Lee Gelernt was arguing for an emergency stay of the order. “When he emerged with his fists raised high, having stayed the order, I was just steps from him, and I could see the expression on his face. It was joy, and exhaustion, and just total shock to be at the center of thousands of people chanting ‘ACLU,’” the director recalls. “I felt in that moment that we needed to be next to these lawyers on the front lines, battling the biggest civil rights battle of our lifetime.”

Centered on the experiences of Gelernt, Brigitte Amiri, Chase Strangio and Dale Ho, The Fight offers an inside look at the lives of these ACLU lawyers, as they stand up to Trump, defending civil rights for all, in a chaotic age.

For Kerry Washington, who produced The Fight, it’s important to note that the doc isn’t some dry, educational pic. “For us, these lawyers are like the Avengers. This is a superhero action movie about people who are fighting insane battles for all of us. They’re doing it with humor, and grace, and humility, and they’re just so inspiring, and fun, and wonderful to watch,” she explained, while sitting down with Amiri and the doc’s directors at Deadline’s Sundance Studio. “It’s like any other kind of superhero: You love Superman, but you have to love Clark Kent just as much.”

When Amiri was approached for the film, she was in the middle of a Jane Doe case, involving a young immigrant who was seeking access to abortion. “We were just in the throes of how busy we were with that case,” the lawyer said. “I think at one point, though, I stopped to realize that this is such an important thing to record.”

“Hopefully, one day people won’t believe that this happened, that the state of civil rights in our country got as bleak as it was. Hopefully, it’ll get better, and maybe this film will galvanize people to get involved, so that this will be history,” she added. “This will be a historical, cautionary tale about what happens when we’re not vigilant.”

Premiering at Sundance on January 24th, The Fight went on to claim the festival’s U.S. Documentary Special Jury Award for Social Impact Filmmaking. For more from our conversation with the team behind the doc, take a look at the video above.