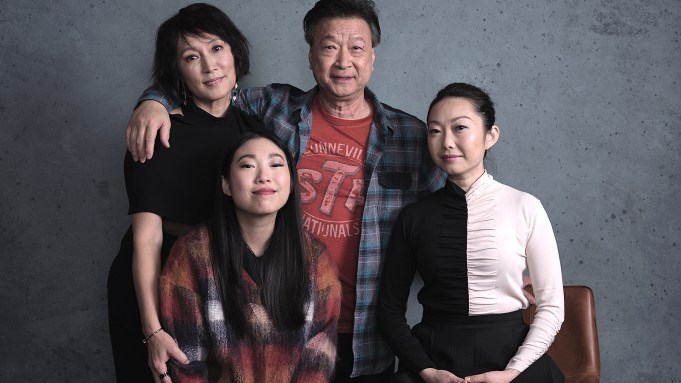 Ever since it received a standing ovation at its world premiere at Sundance, The Farewell has been a buzzy title at the Park City fest as an emotional dramedy based on director/writer Lulu Wang’s own story about her grandmother. The filmmaker stopped by the Deadline studio alongside stars Awkwafina, Tzi Ma, and Diana Lin.

When Wang learned that her grandmother was diagnosed with stage 4 lung cancer, her mother called her to let her know that she had three months to live. In China, the doctors don’t share this information with the patient, instead, they tell a family member. In this case, her grandmother’s sister. In order to get everyone to China to be with her ailing grandmother, they planned a wedding and still kept the diagnosis a secret.

“I thought it was the most ridiculous thing,” Wang told Deadline. “Also, the saddest and funny thing at the same time.”

Thus, The Farewell was born.

The film follows headstrong and emotional writer Billi (Awkwafina) as she rebels against her parents’ (Ma and Lin) directive to stay in New York and joins the family as they awkwardly attempt to rekindle old bonds, throw together a wedding that only grandma is actually looking forward to, and surreptitiously say their goodbyes.

The Farewell adds to the representation of Asian and Asian Americans in cinema. Awkwafina likes to compare the growth of Asian narratives in film and TV to Pokemon.

“[The Farewell] enriches what we know about Asians — it adds substance to the characters,” she said. “At its core, it’s a human story.