Continue to Deadline SKIP AD
You will be redirected back to your article in seconds
Skip to main content
February 25, 2021 12:54pm 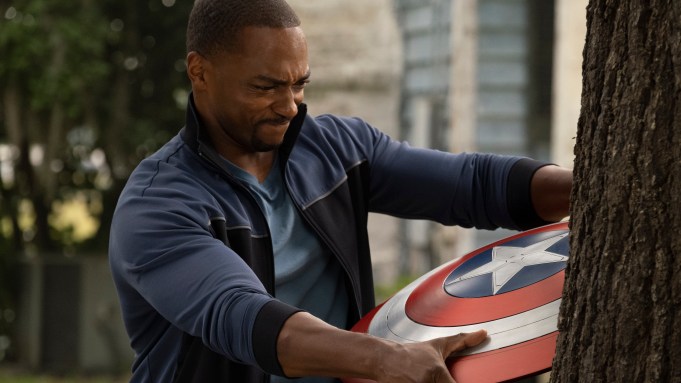 Disney/Marvel dropped the third trailer for The Falcon and the Winter Soldier, its second MCU-connected Disney+  series after WandaVision.

While WandaVision is ending on March 5, Falcon and the Winter Soldier, about Captain America super friends, will hit the service on March 19, but only for six episodes.

Marvel Studios Boss Kevin Feige indicated yesterday during the studio’s first TCA that the short order (six hours) largely came down to budget. Still TBD if Falcon and the Winter Soldier gets a second season, or if it will hand off to a Marvel feature, like WandaVision is doing with Sam Raimi’s Doctor Strange and the Multiverse of Madness.

Said Feige on Wednesday, “Anthony Mackie and Sebastien Stan are spectacular actors which we felt we had to explore their stories and their backstories, or personal stories, enough as Sam Wilson and Bucky Barnes. So it was always the thought we’d like to learn more about both of them. In the little interactions they had with each other in Winter Soldier and Civil War … as friends of a mutual best friend in Captain America. We thought we’d have a fun dynamic, if we ever had that opportunity, we’d watch a whole show with the two of them and Disney+ gives us that opportunity.”

Marvel will roll out its third series, Loki, on June 11, with Ms. Marvel expected to drop later this year.