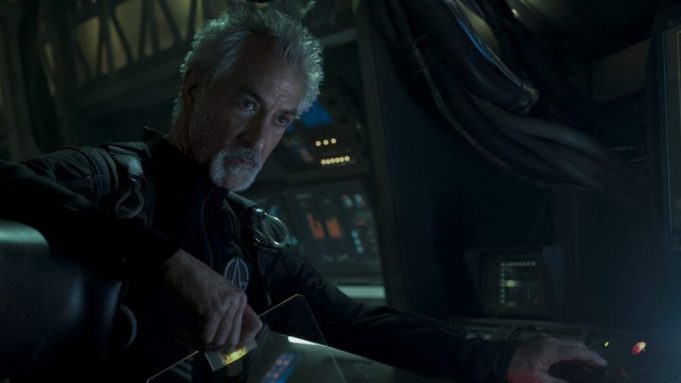 The trailer for Season 4 of The Expanse has just just arrived from the show’s new mission control, Amazon Prime Video, which imported the acclaimed franchise after Syfy cancelled it after three seasons. The Hugo Award-winning series will premiere as an Amazon Prime Original on December 13 with a significant upgrade in visual effects, if the trailer is any indication.

The Season 4 synopsis: “The Expanse begins a new chapter for the series with the crew of the Rocinante on a mission from the U.N. to explore new worlds beyond the Ring Gate. Humanity has been given access to thousands of Earth-like planets, which has created a land rush and furthered tensions between the opposing nations of Earth, Mars and the Belt. Ilus is the first of these planets, one rich with natural resources, but also marked by the ruins of a long dead alien civilization. While Earthers, Martians, and Belters maneuver to colonize Ilus and use its natural resources, these early explorers don’t understand this new world and are unaware of the larger dangers that await them.”

Naren Shankar returns as showrunner for the series, which is based on the novels of James S.A. Corey and developed and scripted by the Academy Award nominated writing duo Mark Fergus and Hawk Ostby. Fergus Ostby, and Shankar are EPs, as do Andrew Kosove, Broderick Johnson, Laura Lancaster, Sharon Hall, Sean Daniel, Jason Brown, Daniel Abraham, Ty Franck, and Dan Nowak. Shankar serves as showrunner for all seasons. The Expanse season 4 is produced by Alcon Television Group.

A new poster (below) was released for Season 4 as well.