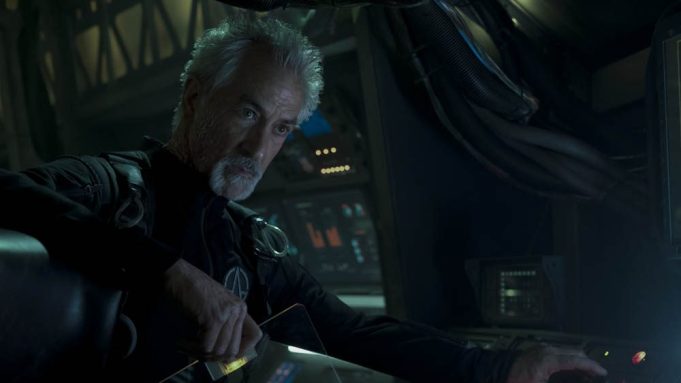 Amazon has set Friday, December 13 for the premiere of the fourth season of Hugo Award-winning series The Expanse. Cast and creators announced the date and debuted the first footage from the upcoming season during the show’s panel today at Comic-Con in San Diego. (You can watch a teaser trailer above and footage below). The panel included cast members Steven Strait, Wes Chatham, Shohreh Aghdashloo, Cas Anvar, Dominique Tipper, and Frankie Adams as well as executive producers Naren Shankar and Ty Franck.

Season 4 of The Expanse is its first as a global Amazon Original following its cancellation by Syfy. The fourth season begins a new chapter for the series with the crew of the Rocinante on a mission from the U.N. to explore new worlds beyond the Ring Gate. Humanity has been given access to thousands of Earth-like planets which has created a land rush and furthered tensions between the opposing nations of Earth, Mars and the Belt. Ilus is the first of these planets, one rich with natural resources but also marked by the ruins of a long dead alien civilization. While Earthers, Martians and Belters maneuver to colonize Ilus and its natural resources, these early explorers don’t understand this new world and are unaware of the larger dangers that await them.