Continue to Deadline SKIP AD
You will be redirected back to your article in seconds
Skip to main content
October 8, 2021 1:24pm 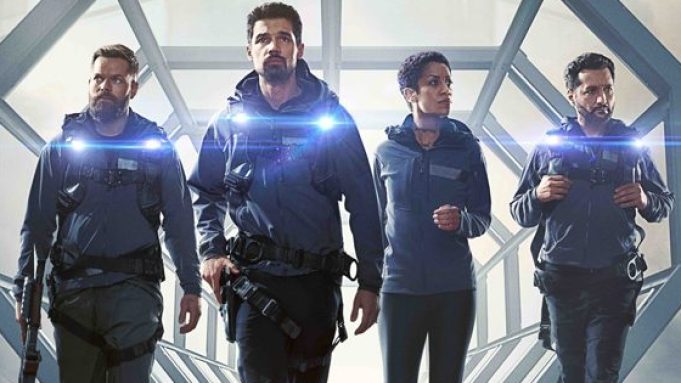 The Expanse has come a long way. Picked up by Amazon for the fourth season following its cancellation by Syfy, the series was promptly renewed for a fifth and then a sixth and final season on the streaming service.

At New York Comic Con Friday, The Expanse star Dominique Tipper, who portrays Naomi Nagata on the sci-fi drama, opened the panel with a greeting for fans and introduced the cast who shared their thoughts on the upcoming final season. On the panel are: Steven Strait (James Holden), Wes Chatham (Amos Burton), Shohreh Aghdashloo (Chrisjen Avasarala), Nadine Nicole (Clarissa Mao), and Cara Gee (Camina Drummer), along with showrunner Naren Shankar, and The Expanse writers and book authors Ty Franck, and Daniel Abraham.

After the trailer premiere, Tipper asks the creators how they feel about the show coming to a close.

“It’s been a long project and it’s gratifying to see how it turned out,” said Abraham. Adds Shankar, “It chokes me up. I think that tells you something, about where we’ve been and where we’re going.”

Season five left off as the MCRN Barkeith transits a ring gate en route to Laconia, a world beyond the ring space. The entities that destroyed the Ring Builders begin to awaken and devour the ship. But in the Season 6 trailer, Earth, Mars and the Belts are about to go to war for real. Franck talked about the writing process and the mindset behind why this upcoming season will be more intense than any other before it.

“From the beginning we had to write every script so that there was no advantage in it,” Franck said. “We just had to tell the story and we were there to tell, and keep our foot on the gas pedal the whole way.”

There will only be six episodes this season and Tipper explained that episode one and episode six were filmed together with the later “supersized episode” being 65 minutes in length.  Shankar expounds further stating, “We always knew we wanted it to end big. There’s a lot that happens in that episode. And we, by shooting it early, gave us a chance to actually finish all the visual effects.”

Fans want to know when will the sixth and final season of The Expanse will be dropping? During the panel, Tipper announces the season premiere date is December 10, 2021.

Check out the trailer for the new season of The Expanse above and watch the first-look video below to find out what you can expect from the sci-fi drama’s heroes and villains this season.